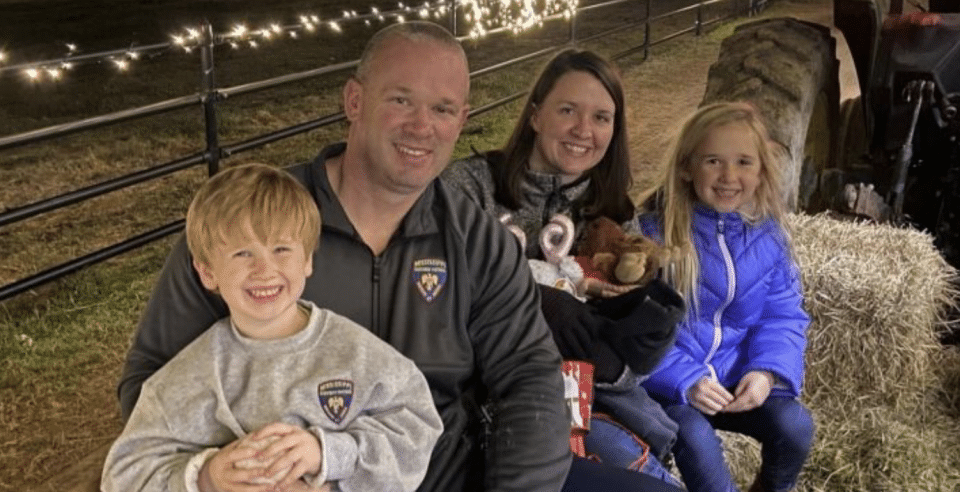 Joined by uniformed troopers from across the state, the family and friends of Mississippi Highway Patrolman John Harris mourned his loss at Broadmoor Baptist Church in Madison this afternoon.

Harris, 44, was killed Friday after he was struck by a vehicle while conducting a traffic stop on Highway 16 in Madison County.

Harris got his start in law enforcement in 1997 in Webb before joining the force in Friars Point, where he earned the first of two Purple Hearts after he was shot during a standoff. He then served within the Madison County County Sheriff’s Office—earning a second Purple Heart—prior to becoming an MHP Trooper in 2018.

Recounting his son’s passion for law enforcement, Harris’ father, Jimmy, told the audience how John had wanted to become a police officer since he was a young boy.

“Why is a big word. ‘Why’ is the purpose that we’re on this earth. ‘Why’ is the reason that God put us here. The quicker you find your ‘why’ in life, your purpose, the more successful and happier you’re going to be. Why are there so many people here? Why was John Martin so loved? Why did he touch so many people? John Martin knew his ‘why’ early,” Jimmy said detailing how his son was always going to find a way to help those around him.

On the day he graduated from Trooper School, Jimmy told the story of how his son beamed with pride as he fulfilled a lifelong dream and shared how he wanted to be remembered.

“Two things John Martin wanted to do, be a trooper and be a hero…Look around, he got both,” he said.

Harris is survived by his wife, Kate, and their two children—Parker and Cooper. During his remarks, Governor Tate Reeves shared a conversation that he had with one of Harris’ close friends.

“His friend described John to me as his modern-day Wyatt Earp. Now, the history books described Wyatt Earp as many things—brave, courageous, moral, law-abiding and honorable. He was often portrayed as the hero, the good guy we should all be rooting for…Yep, that’s the perfect description for John Harris.” Governor Reeves said.

The governor went on to express how this tragedy serves as a “stark reminder” of the dangers and sacrifices the men and women of law enforcement face each day.

Colonel Randy Ginn, Chief of the MHP, spoke of Harris’ dedication to service and how he would always go the extra mile to assist others.

“He loved life, he loved his family, his wife and his children, and he loved what he did because he loved serving people and making a difference,” Ginn said while looking back Harris’ illustrious career in law enforcement. When I’ve talked to people that have worked with him at all of those places, all of them said the same thing about John. He was determined to do it right and he wasn’t going to quit. He wanted to be a part of the solution to what’s going on in society.”

Ginn detailed how Harris was always the first to step up when the department was short-handed and said that he embodied three key characteristics that we should all strive for—determination, drive and dedication.

Harris was laid to rest in the Natchez Trace Memorial Park Cemetery.

MEMA warns Mississippians to prepare for an above-average Hurricane Season