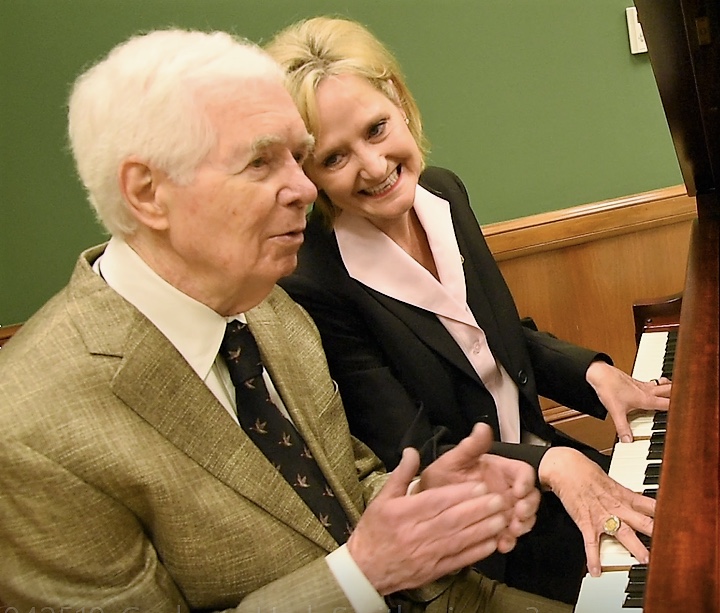 Funeral arrangements have been announced for Senator Thad Cochran.  Cochran passed away peacefully Thursday at his home in Oxford at the age of 81.

When Cochran stepped down from the U.S. Senate last year due to health concerns, he was celebrated by Senate colleagues, constituents, and friends as one of the last exemplars of reserve and acumen in the Congress, earning the title “the Quiet Persuader” from Time magazine in their 2006 story on Cochran as one of the Ten Best Senators. His willingness to work across the aisle and commitment to making headway rather than headlines consistently characterized his forty-five years of Congressional service.

Thad Cochran was born in Pontotoc, MS, on December 7, 1937. His father, high school principal and later Hinds County School Superintendent William Holmes Cochran, and mother, math teacher Emma Grace Cochran, modeled for him lives dedicated to public service. Growing up mostly in the small town of Byram, MS, Cochran was an Eagle Scout, member of the 4-H, and high school valedictorian and student-athlete. While earning his undergraduate degree in psychology at the University of Mississippi, he was president of Pi Kappa Alpha fraternity, vice president of the student body, company commander in the Navy ROTC, and head cheerleader. He served on the USS MACON prior to entering law school at the University of Mississippi, where he was selected for membership in Phi Delta Phi, the editorial board of the Mississippi Law Journal, and chairman of the Honor Council. He studied international law for one year at Trinity College Dublin, on a Rotary Foundation Graduate Fellowship.

Cochran’s early career was spent in the capital city of Jackson, MS. After graduating Ole Miss law school in 1964, he married Rose Clayton of New Albany, MS, and joined the firm of Watkins & Eager, making partner in under three years. During that time, he served as chairman of the Mississippi Law Institute, lawyer’s chairman for the Heart Fund and United Givers Fund, president of the Young Lawyers Division of the Mississippi Bar Association, board member of the Jackson Rotary Club, and chairman of the Legal Services program of the Jackson Junior Bar. Cochran became involved in local and statewide campaigns for various candidates and ultimately served as executive director of Mississippi Citizens for Nixon-Agnew in 1968. Four years later, Cochran was elected to the U.S. House of Representatives, representing the Fourth District of the state. In both of his subsequent re-elections, he received over 70 percent of the vote.

In 1978, Cochran successfully ran for the U.S. Senate, becoming the first Republican in over 100 years to win statewide election in Mississippi. As in the House of Representatives, his interests in the Senate reflected issues crucial to Mississippi: education, agriculture, economic development, and defense. His authorship of legislation helped to support initiatives in teacher training, adult literacy, wilderness protection, shipbuilding, military bases, and farm programs, as did his distinguished service as chairman of the Appropriations Committee. His support of Mississippi following the devastation of Hurricanes Rita and Katrina was particularly impressive.

Cochran is often referred to as a statesman, exhibiting the virtues of patience, integrity, and compassion while at the same time employing both his wealth of accumulated knowledge and his native rationality to lead his decisions. A devoted father, husband, music lover, tennis player, and friend, he leaves a legacy of public service that it was his genuine pleasure to perform.

In lieu of customary remembrances, the family requests with gratitude that memorial contributions in Senator Cochran’s name be directed to the donor’s choice of the Thad Cochran Law Scholarship at The University of Mississippi (406 University Ave., Oxford, MS 38655), The Nourishing Place (P.O. Box 7785, Gulfport, MS 39506), or Northminster Baptist Church (3955 Ridgewood Rd., Jackson, MS 39211).

Remember your pets this hurricane season