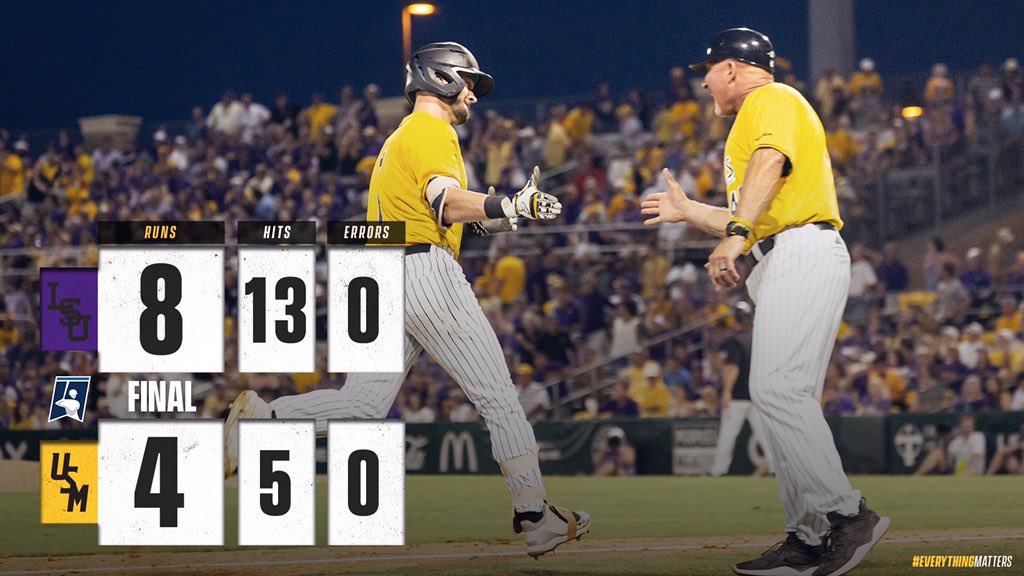 After a blowout win over Arizona State on Friday, Southern Miss fell to the host of the Baton Rouge Regional, the LSU Tigers.

The Tigers held a 1-0 lead as they entered the 6th inning before extending their lead to 4-0 with a sac-fly and a Zach Watson 2-run HR. One day after scoring 15 runs against Arizona State, the Golden Eagle bats had been held in check until the 7th inning when a Matthew Guidry grand slam tied the game at 4-4.

Unfortunately for USM, the tie wouldn’t last long as the Tigers struck for 3 runs in the 8th and added an insurance run in the 9th to walk away with an 8-4 win over Southern Miss.

On the mound for USM, Walker Powell got the start and allowed 2 earned runs over 5.1 innings. Sean Tweedy came in and gave up the HR to Watson, and three more pitchers were used the rest of the way.

LSU advances to the regional final while USM will face Arizona State tomorrow at 2 p.m. in an elimination game.

Take an updated look at the Baton Rouge Regional and check out how the Tigers advanced to Championship Sunday at The Box!