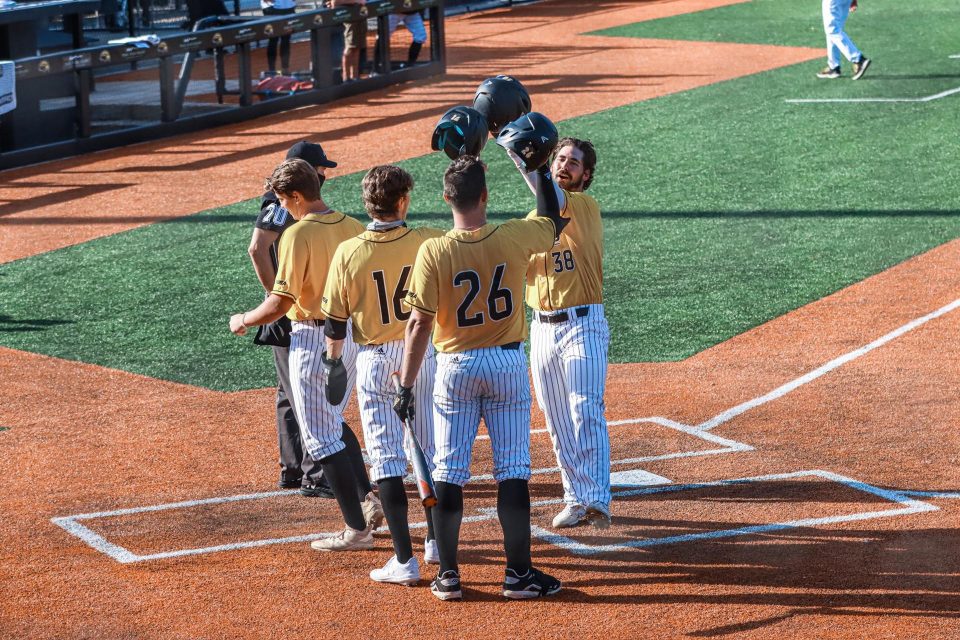 Walker Powell threw a complete game in the opener, while Reece Ewing and Danny Lynch provided the offense in the nightcap, as Southern Miss swept UAB 4-1 and 9-2 Saturday afternoon at Pete Taylor Park.

The Golden Eagles upped its winning streak to seven games to improve to 20-9 overall and 7-3 in Conference USA play, while the Blazers fell to 10-19, 3-8.

Powell limited the Blazers to a run on three hits as he threw his second seven-inning complete game of the season. He also fanned four and did not walk a batter to improve to 5-1. He threw 74 pitches in the outing, 50 of which were for strikes.

The senior from Fayetteville, Ark., retired the first 11 batters he faced before hitting a batter. Powell, though, rebounded to strikeout the next batter to get out of the frame.

Southern Miss, meanwhile, jumped out to the lead with two runs in the third. Christopher Sargent led off the inning with an infield single. After an out and a walk, Will McGillis doubled home a run and Andrew Stanley followed with a run-scoring single.

Powell gave up his only run in the fifth as John Marc Mullins homered for his fourth blast of the year, before the Golden Eagles added two more runs in the sixth. After two were out, McGillis reached on a dropped fly ball by the Blazer third baseman. Stanley then doubled off the leftfield wall to score a run before Dustin Dickerson added an RBI single through the left side to complete the scoring.

Both McGillis and Stanley led the Golden Eagles with two hits each in the opening game.

In the nightcap, Southern Miss used the long ball to jump out to a big advantage and never looked back.

After scoring a solo run in the second on a Blake Johnson run-scoring single, Reece Ewing collected a three-run blast in the third. It was his fourth of the year, as he collected two of the team’s 13 hits in the contest. Johnson also added his first three-hit game of the year.

Danny Lynch then hit a grand slam to right-center one inning later to give the Golden Eagles an 8-0 cushion. It was his team-tying seventh of the season, while it also marked the fourth homer in his last five games and third grand slam by a Southern Miss player in 2021.

Pinch hitter Caleb Floyd homered over the scoreboard in the left-center for the Blazers to start the sixth off of USM starter Ben Ethridge and the Blazer added another run via a Southern Miss error in the seventh.

The Golden Eagles added a run of their own in the bottom of the sixth on a RBI double from Slade Wilks.

Ethridge gave up one run on five hits with a walk to earn the victory and improve to 3-1 on the year, while UAB starter Tyler O’Clair (2-2) gave up six runs on eight hits over four-plus innings with two walks and two strikeouts to suffer the loss.

Golden Eagle left fielder Gabe Montenegro also extended his hitting streak to 13 games after collecting a solo hit in the opening game and two in the nightcap.

The Golden Eagles go after the four-game sweep with the conclusion of the series set for 1 p.m., Sunday.