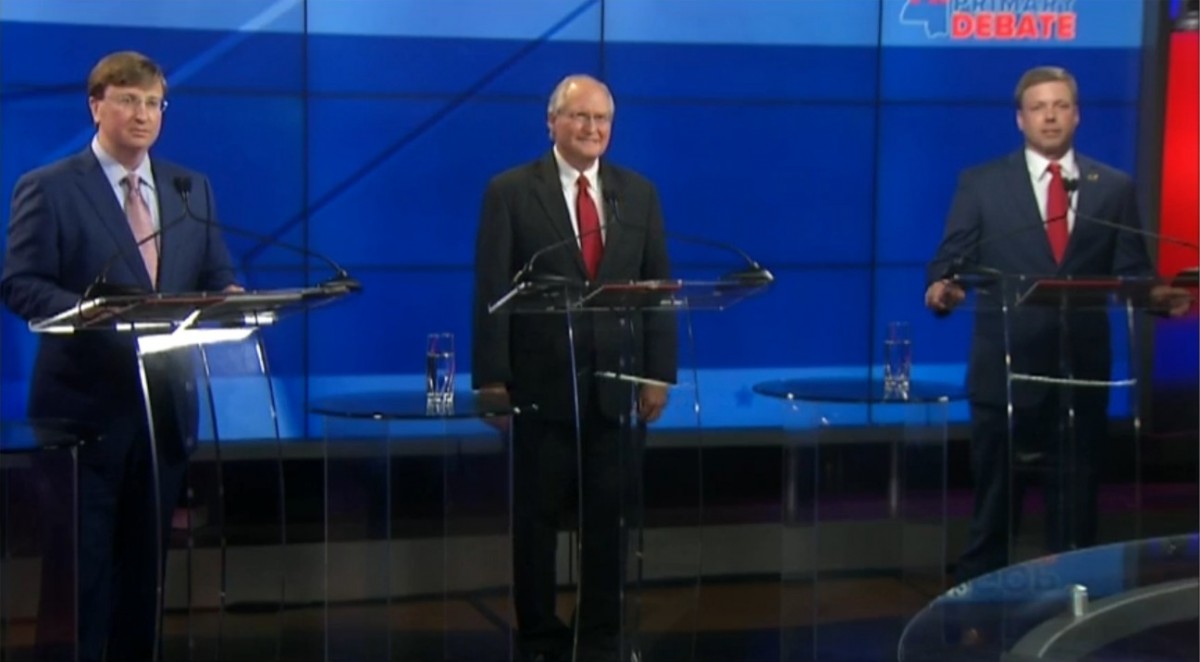 Last night, the three Republican candidates in the race for Governor met for a debate hosted by WJTV. The debate was also broadcasted live across the state to listeners on SuperTalk Mississippi.

The debate was hosted by WJTV Anchors Byron Brown and Melaine Christopher, along with political reporter Gerald Harris.

If you missed last night’s debate or if you want to rewatch some of the memorable moments, check out the video below.

3:00 – Why do you want to be Governor?
7:15 – How will you seek to ensure that women will be included in your administration?
11:50 – How do you plan to ensure a racially diverse administration?
13:35 – Would you support the legalization of medical marijuana in Mississippi if an initiative is passed in 2020?
17:15 – What is a fair starting wage for Mississippi’s teachers?
23:00 – Do you support a raise in the gas tax to help pay for infrastructure improvements?
30:00 – What is your stance on Medicaid reform/expansion?
36:45 – Should Mississippi’s minimum wage be increased?
41:35 – Does the Mississippi flag hinder the state’s ability to attract new businesses?
44:08 – Should specialty license plates be sold with proceeds benefitting the MS Division of the Sons of Confederate Veterans?
46:00 – Would you support the expansion of the use of vouchers for private schools?
50:15 – Will you allocate state funds to the Gulf Coast to help restore the economy following the effects of the opening of the Bonnet Carré Spillway?
53:55 – Closing statements.