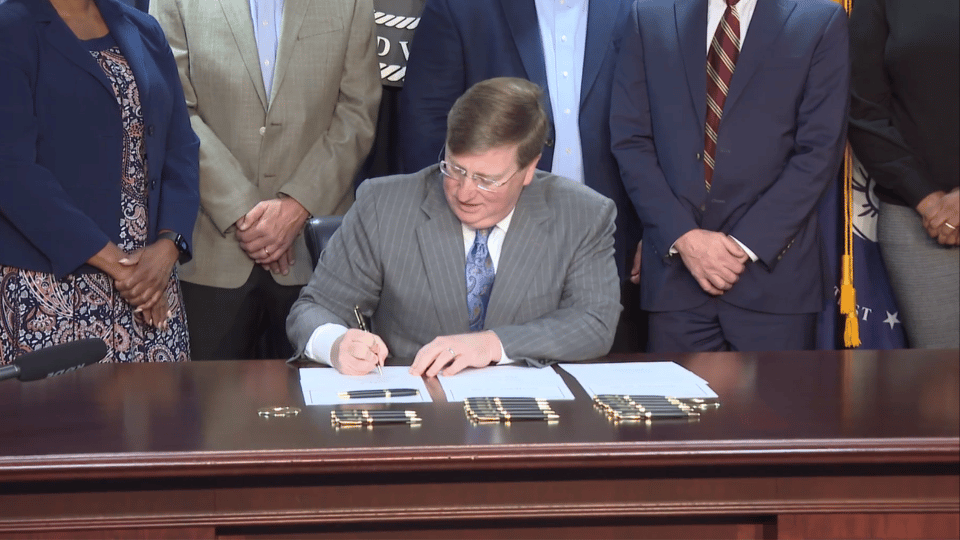 Governor Tate Reeves has signed three bills passed during the special session held over two weeks ago that aid in the $2.5 billion expansion of Steel Dynamics’ campus in Columbus.

The bills, which include SB 2001, SB 2002, and HB 1, passed through the House and Senate on November 2, creating the Triple Crown Project Fund for the company’s new facilities.

The project, which is anticipated to bring over 1,000 jobs with an average salary of $93,000 to the area, will nearly double the previous largest corporate capital investment in state history. Steel Dynamics has also stated that it will pay for the college education of each of the employee’s children.

“We wish to express our sincere thanks to the Governor, Lieutenant Governor, the members of the legislature, the Mississippi Development Authority, all the different organizations with Lowndes County, and all the other officials who made this partnership possible,” said Rick Poinsatte, Vice President of Business Development at Steel Dynamics. “Mississippi is truly a state that is open for business.”

Construction on a new low-carbon, aluminum flat rolled mill and a biocarbon production facility in the Golden Triangle Industrial Park will begin in 2023, with the aluminum mill expected to be completed in 2025.

“That business unit includes all the different functions, whether it’s engineering, sales, IT, accounting. All those things would be at the site of the facility… as well as production jobs,” Poinsatte explained. “There are entry-level jobs as well. We have the opportunity for someone to take that job and continue to build their skills.”

With Reeves’ approval of the Triple Crown Project Fund, Mississippi will be investing $246,798,000 upfront for the project’s completion.

Now that the bills have been signed by Reeves, $54 million of the overall funding has been made available to the company. Additional tranches of funding will be given directly to Steel Dynamics after the plant’s completion and once hiring goals are met.

Other invested funds include $25 million designated for road improvements on the 2,000 acres of land the company wishes to procure, as well as $1.6 million for water and sewer improvements. An $18 million loan has also been granted to Lowndes County for the remaining costs of purchasing the property. At this time, the county owns 75 percent of the land and is planning to donate the property to Steel Dynamics.

The bills also include several tax incentives for the company, such as a 15-year, 100 percent corporate income tax credit that starts no later than 24 months after the date of completion of each plant. Other incentives include a 10-year, 3.5 percent gross payroll tax rebate that caps at $45 million, a sales and use tax exemption for construction and equipping the plant, and $29 million for public infrastructure.