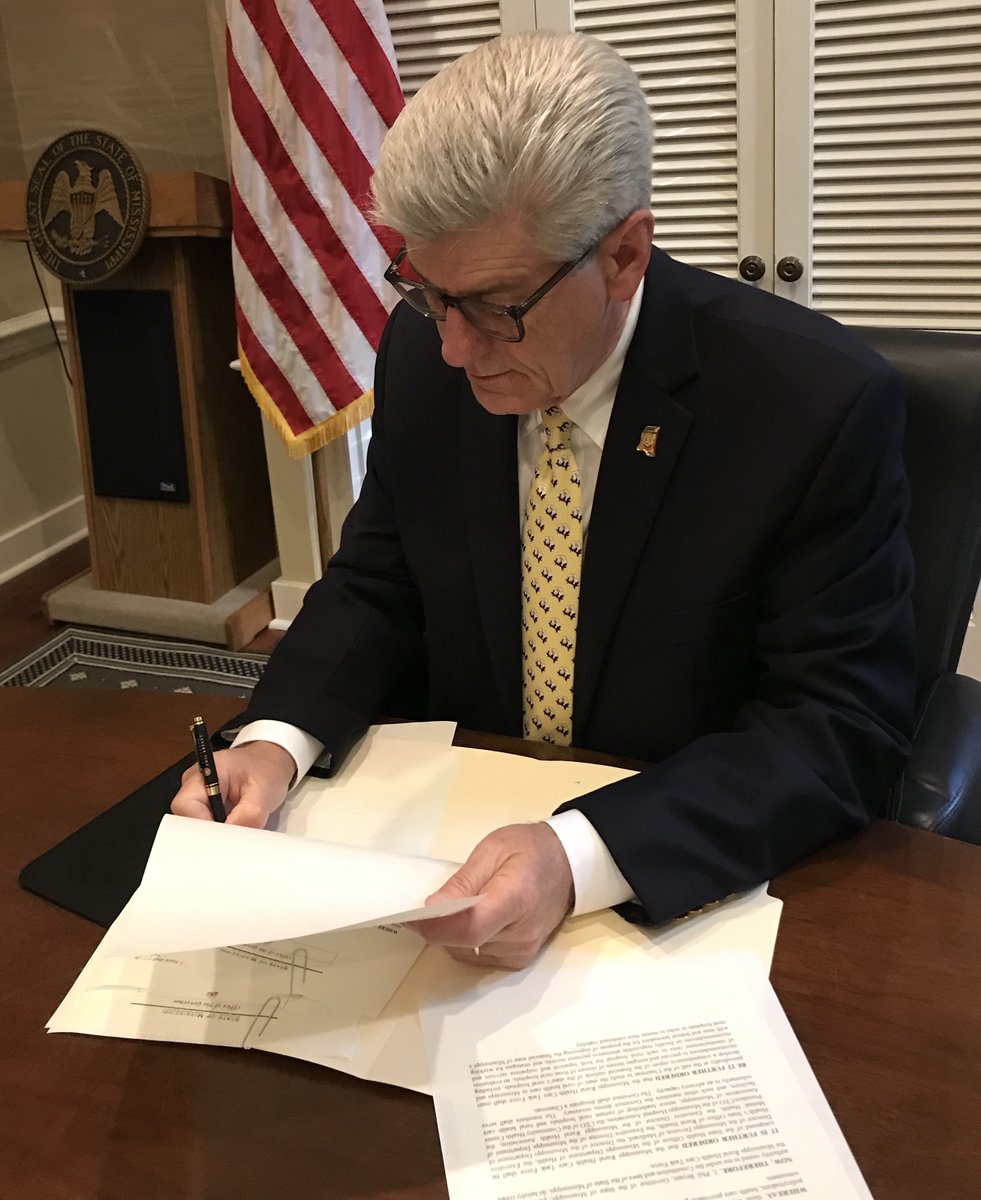 Known for strong integrity and commitment to government accountability, Bryant continues to attract major honors for hard work during his stellar political career. Mississippi College officials will present the MC graduate with the Christian university’s Order of the Golden Arrow Award.

Bryant will receive his latest honor during the National Alumni Association’s awards dinner in Anderson Hall on October 25. Beginning at 6:15 p.m. that Friday, the program in Anderson Hall is one of the major events of MC’s 2019 Homecoming.

Bryant was first elected as Mississippi’s 64th governor in November 2011 with 62 percent of the vote. The Moorhead native also enjoys solid support at his alma mater, where he taught political science classes as lieutenant governor.

MC’s Order of the Golden Arrow Award goes to individuals or alumni making outstanding achievements in their profession. The salute to Bryant’s service is well-deserved, Mississippi College leaders say.

“Gov. Phil Bryant has served his state with tremendous integrity,” President Blake Thompson says. “His leadership has advanced our state economically, socially and morally over the past eight years.”

“We have seen tremendous accomplishments in economic development in Mississippi with more than $7 billion in new corporate investments and he has led transformational public education reforms,” Thompson said.

One of the remarkable economic development achievements that Bryant pressed for is the huge Continental Tire plant under construction two miles west of the Clinton campus. More than 2,000 jobs will be created at the high tech plant over the next decade.

Gov. Bryant is also being praised for his role “in the creation of iconic cultural landmarks, such as the Mississippi Civil Rights Museum that will pay dividends for generations,” Thompson noted.

The Republican governor is a frequent guest at MC’s signature events such as the annual Spring Scholarship Dinner to help students finance their education. He has supported MC’s physician assistant program, the first in the state in 2011, as well as other initiatives at the Baptist-affiliated university.

In his work as governor, as an MC alumnus and a professor, Bryant far exceeded the award’s requirements, Thompson said. “We express our deepest thanks for all this man of faith continues to do for his alma mater in Clinton.”

Thanks to his leadership as governor, the state Legislature approved the expansion of the University of Mississippi School of Medicine. His goal was to train 1,000 new physicians to serve Mississippi by 2025. A former deputy sheriff, Bryant first got involved in politics decades ago as a member of the Mississippi House. He received his master’s degree in political science at MC in 1988.

Borkey Show: The College Football Playoff is headed toward chaos