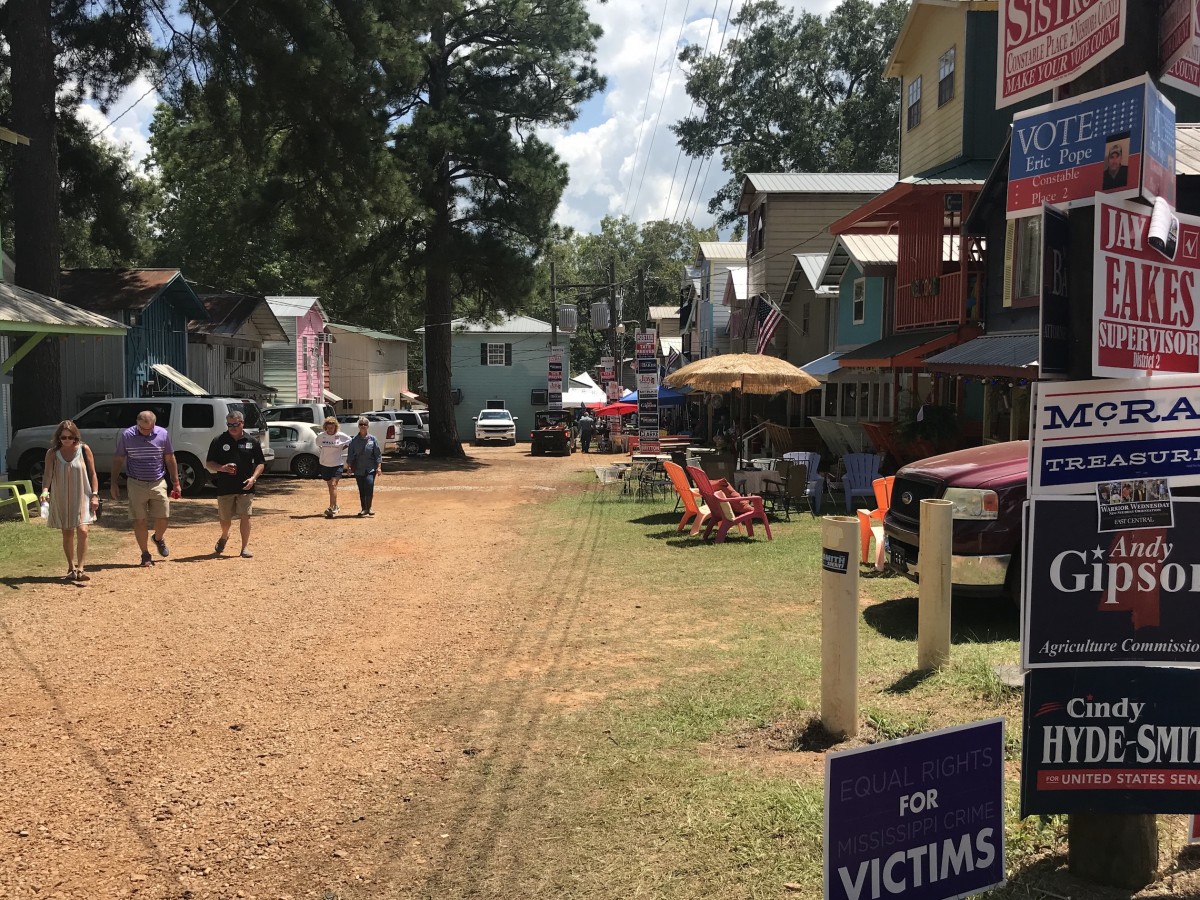 The last day of political speeches at the Neshoba County fair saw a crowded field of candidates running for Governor. There are a number of Democrat gubernatorial candidates running and a many of those speaking at the fair took jabs at Democrat frontrunner Jim Hood for hiring outside counsel trial lawyers instead of using the Attorney General’s office lawyers. Others criticized the Republican leadership’s hold on the state saying things need to change for the better.

Bob Hickingbottom (D) – Started the day off with calling out the Republicans running in the race and mentioned Hood’s record of hiring lawyers instead of using those working with the AG’s office. Also spoke on education saying Mississippi doesn’t need to send every child as some of them are not “college material.”

Albert Wilson (D) – Said he came back to Mississippi from Illinois to set up youth and senior citizen programs to help improve the lives of Mississippians. Also mentions the trial lawyers that Hood uses. Says economy needs to grow and racial discrimination needs to be resolved in order for the state to move forward.

Michael Brown (D) – Took the stage and said he wants to tackle real issues as Governor.  Brown called for the pumps to be finished and says education and a teacher pay raise will be one of the key points of his administration. A pastor by trade, he is a charismatic speaker. Says he is running for Governor because he loves the people and because he wants hardworking families to stay in Mississippi.

Velesha P. Williams (D) – Started off at the podium by citing her experience and says she is “Posed to be the next Governor of Mississippi.” On healthcare, Williams said she will begin by getting the “billions that were left on the table.” Williams criticized the Republican leadership saying it has been failing for decades. While she said Mississippi is ranked either at or near the bottom of every list, said career politicians will be saying how great things are.

David Singletary – The only Independent candidate for Governor in the race, reminded the crowd that he will not be on Tuesday’s ballot, but will instead go straight to November. Known as the “weed candidate,” he said bringing marijuana to the state would create a $9 billion industry to Mississippi. Says he would only be in a single term because he believes in term limits.  Also spoke on prison reform and called for a reinstatement of the draft for first-time, non-violent offenders who: “don’t know how to act right.” Singletary adds “All he’s going to learn to do in jail is become a gang member.”

During his time at the podium, Singletary advocated for term limits and abolishing the legislature.

“You don’t need half the legislators you’ve got in the legislature,” said Singletary. “As far as I’m concerned, all you need is a 25 person random sample group.”

Robert Ray (D) – Ray spent much of his time talking about Mississippi’s civil rights deaths and said he was supposed to be riding with three civil rights workers who were murdered in Neshoba County in 1964 saying fate stepped in, otherwise “y’all would’ve killed me also.”

Robert Foster (R) – One of the more energetic candidates of the day, Foster took the stage to cheers from the audience. Started off by focusing on economy and education, said career tech and vo-tech opportunities need to be supported in Mississippi because “not everyone is meant to go to college.” An advocate for small business owners like himself, Foster says they are over-taxed and called for a full repeal of the income tax.

On Healthcare, Foster said under Tate’s leadership the state has some of the highest numbers of people on ObamaCare. While he said he doesn’t like it, everything goes under the Affordable Care Act and the next governor needs to look at all the options on the table.

Foster made it clear he was for 2nd Amendment rights. “If I’m wearing pants, I’m packing.” This drew cheers from the crowd.

Robert Schuler Smith (D)  – Started speech with focus on education and criticized the recent $1,500 raise for teachers saying it only happened because it was an election year  Smith said he comes from a family of teachers and will give teachers the salary they deserve which will improve the workforce in Mississippi and bring the state into the future.

Brings up flooding in the Delta and pushed for medical marijuana legalization and said hemp farming could be the answer for some Delta farmers who say they could go bankrupt in the next 10 years. Took no time to blast Jim Hood on the use of outside counsel lawyers.

“We cannot continue to have a select group of lawyers make money off our state,” said Smith.

Bill Waller Jr. (R) – Waller continued the momentum of the afternoon speeches being brought on stage by cheers from the audience He said education reform was at top of his list and called out the MDE’s highest-paid official saying the state superintendent is paid too much, while teachers are paid too little. “We’ve got a disconnect in our education system. I want to commission a blue-ribbon panel of Mississippi educators, not out of state consultants and I want to review what we are doing.” Said assessment tests are a “bridge to nowhere.”

Waller focused on his plan for Medicaid reform and said the facts of failing rural hospitals don’t lie. “We either step up and be pragmatic, like Mike Pence did in Indiana, or we are going to have a lot of hospitals close,” said Waller.

Infrastructure was another topic Waller rallied the people with saying he had a highway system for the future and while some people will “come up here and say that the roads and bridges are fixed, that’s not true.” He added that a single special session won’t fix the bridges.

Waller got the crowd on their feet at the end of his speech with a rallying cry to fix Mississippi’s roads. “I think we should all join together and make Mississippi Roads great again,” Waller said.

Jim Hood (D) – Presumed Democrat frontrunner Jim Hood said he is running for governor for the working people of the state of Mississippi and emphasized that the race is not about Republicans or Democrats. He encouraged people not to get caught up with party labels and took a jab at Reeves in the process.

Hood vowed that in the first 100 days he will make 4k education available to every child in Mississippi, will raise teacher pay, and will fund schools.  Hood said he advocates expanding Medicaid to keep rural hospitals open and said cutting the grocery tax will help working people across Mississippi.

Tate Reeves (R) – I’m not running for governor against bad candidates, I’m running against bad Ideas. Reeves said he disagrees with Medicaid expansion and was quick to call it ObamaCare saying it would be a bad policy for Mississippi to expand ObamaCare. Reeves also said he is the only candidate against raising the gas tax.

He spoke about the economy saying job creation needs to be the number one priority for the state and that there has to be a fiscally responsible government. Reeves took his opportunity to return some of the jabs from Hood calling his opponent out for his liberal ideology.

The Magnolia State Has A New Theme In “One Mississippi”