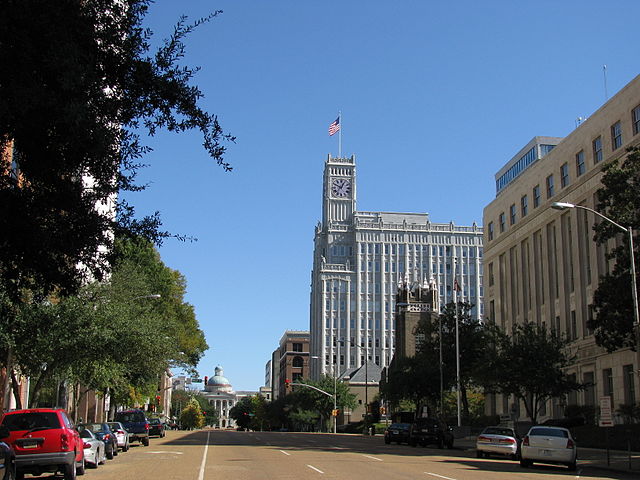 Alongside the Department of Public Safety, Governor Tate Reeves announced the launch of a new safety initiative aimed at curbing the “never-ending cycle of violent crime” in Mississippi’s capital city.

As the homicide rate in Jackson rises to a record high, Governor Reeves opened a press conference by stating his commitment to finding solutions that will allow Jackson residents to feel safe and secure.

“This is not what Jackson is and does not reflect who we are as a city, or who we are as a state. For Jackson to reach its full potential, residents must be able to satisfy one of their most basic, fundamental needs—safety and security. They’re not asking for much. They’re just asking for the ability to walk down the street and not fear for their lives,” Reeves said.

Starting tomorrow, DPS divisions, including the Mississippi Highway Patrol, Capitol Police & the Bureau of Narcotics, will increase their presence inside the city limits. Commissioner Sean Tindell explained that the MHP will operate saturation units along the I-55, I-20 & 220 corridors while Capitol Police—extending from Jackson State University to the Fondren area—will patrol the streets with increased visibility. MBN will be increasing its drug operations with state and local partners in the city.

Both Reeves and Tindell expressed their hope that the ‘Capital Safety Initiative’ will free up resources for the Jackson Police Department to focus on other areas throughout the city. Governor Reeves expressed that two bills passed by the legislature will assist with the initiative. One of those bills moved Capitol Police under DPS’ purview. The other gave MHP the capability to operate stationary radar within city limits, allowing them to more swiftly respond to incidents on highways in the area—such as the drag racing incident that occurred on New Year’s Eve.

The violent crime issue in Jackson didn’t start overnight nor will be it be solved overnight.

“I want to be clear, this initiative will help. It is a good first step, but it will not solve all crime problems in the city of Jackson overnight. This is just one step toward reducing crime in our capital city,” the governor said.

The next step, alluded to by Governor Reeves, could be aided by the funding provided to the City of Jackson ($42 million) and Hinds County ($45 million) through the American Rescue Plan. He advised the municipalities to spend the funds on law enforcement as well as the city’s aging infrastructure—including the water issues brought to light during the February winter storm.

Governor Reeves quickly shot down the idea of bringing in the National Guard to patrol the city—an idea suggested by a Jackson City Councilman.