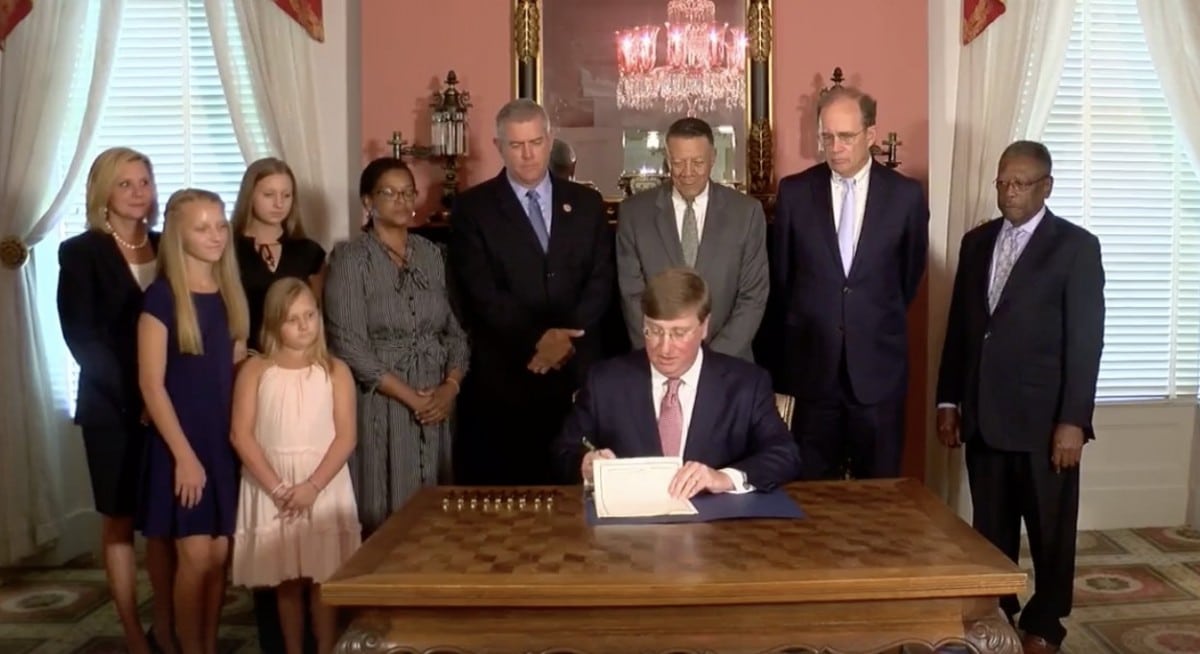 On Sunday, the Mississippi Legislature made history with the passage of HB 1796, which retires the current state flag, and today, Governor Tate Reeves solidified that piece of history with his signature.

Reeves previously admitted that he was “torn” on the issue as he is a firm believer in allowing the people to vote, however, he admitted that the legislature made the right move in removing a flag that prominently features the Confederate battle emblem.

“Last week, as the legislature deadlocked, the fight intensified, and I looked down the barrel of months of more division,” Reeves said. “I knew that our path forward was to end this battle now.”

The first-term governor also asserted that a new flag featuring the motto, “In God We Trust,” will reunite the people of Mississippi.

“The people of Mississippi, black and white, and young and old, can be proud of a banner that puts our faith front and center,” Reeves continued. “We can unite under it. We can move forward—together.”

Now that the bill has been officially inserted into law, government properties will have 15 days to take down the old Mississippi flag. This is a day in Mississippi history that will never be forgotten.