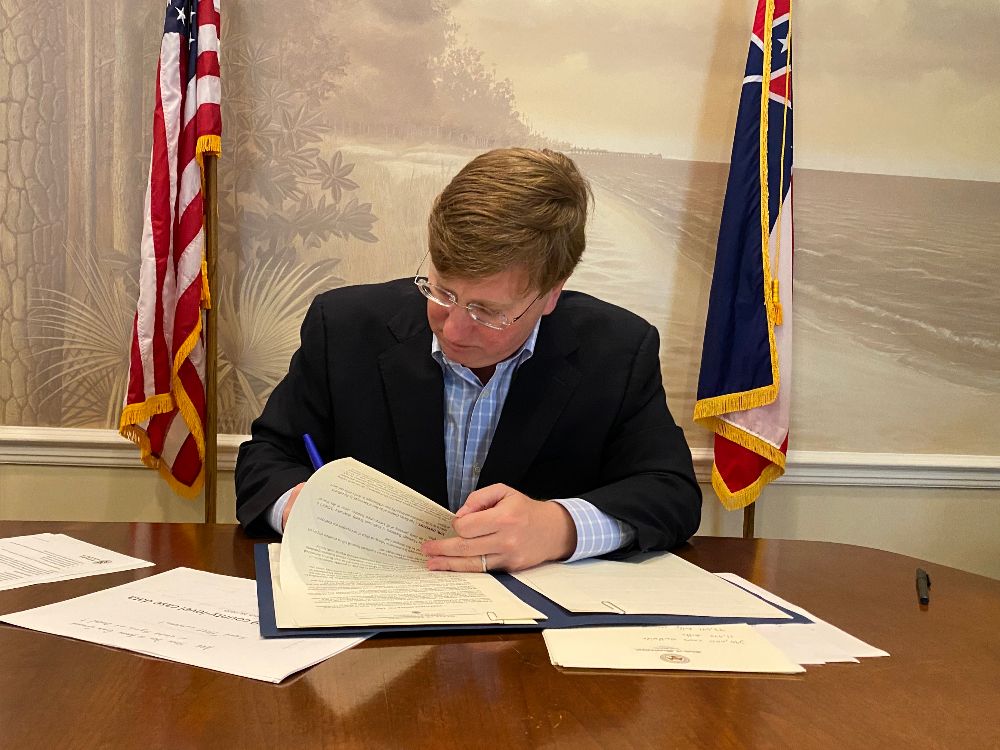 In August, Speaker of the House Philip Gunn and Speaker Pro Tempore Jason White filed a lawsuit against Governor Tate Reeves regarding his partial veto of spending legislation.

The lawsuit claims that Reeves does not have the authority to line-item veto sections of individual legislation.

On Monday, Speaker Gunn spoke to the Stennis Institute of Government and Capitol Press Corps and reiterated the need for the lawsuit, calling it “unfortunate but necessary”, and by Tuesday evening, Governor Reeves posed the following questions to the public via Facebook:

Should legislators be able to funnel money to friends with zero accountability? Or should the governor have some ability to stop outrageous and ridiculous spending deals? That’s the subject of a major Mississippi court fight right now.

On August 5th, I told you that I had to veto two parts of an appropriation bill because I was concerned about the very unusual circumstances surrounding the expenditures. As a reminder, they tried to take $2 million in relief money for a business deal with a hospital that has been closed for years! (The more I learn about this deal the more concerned I get). And then there was a carve-out of $6 million for certain connected groups to spend on community organizing to “fix disparity.” I truly believe the majority of Republicans in the Legislature – in the House and the Senate – don’t want to spend your money on these projects…. they agree with me and are concerned about frivolous handouts.

But the Speaker of the House has launched a lawsuit against me to get that money funneled to those two deals. He says the governor should have no right to veto their earmarks. Whatever they decide in the back room goes, and there can be no check or balance. This week he even held a press conference and doubled down on their taxpayer-funded earmark lawsuit.

But the drafters of our Constitution were specifically worried about deals being cut that led to wasteful spending. They were thinking about you – the taxpayers who pay the bills – when they included Section 73 in our Mississippi Constitution:

“The Governor may veto parts of any appropriation bill, and approve parts of the same, and the portions approved shall be law.”

What do you think?

The lawsuit was filed in Hinds County Chancery Court on August 5th.