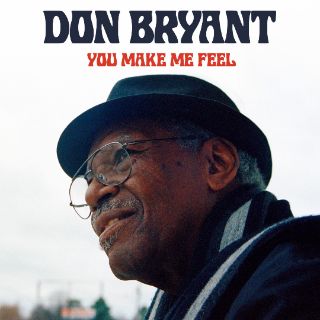 GRAMMY Museum® Mississippi will feature singer-songwriter Don Bryant Monday night a 7pm for an evening of hit songs and ‘behind the scenes’ stories as part of their Words & Music: A Songwriter Series, moderated by Scott Bomar.

Singer/songwriter Don Bryant was born in Memphis, Tennessee, the fifth of ten children. He began singing in church at age 5, and soon joined his father’s family vocal group. He eventually formed a gospel quartet for a high school radio show, finding success singing secular pop songs on Dick “Cane” Cole’s popular WLOK. The quartet performed as The Four Kings before becoming the front band for Willie Mitchell, with Bryant as the lead singer. Even as a teenager, Bryant was offered a shot at songwriting, and he began writing material for artists at Hi Records while continuing to record with The Four Kings and as a solo artist. However, with the success of Al Green, Otis Clay, and other vocalists at Hi, Bryant’s singing career took a backseat to writing. Bryant is credited on as many as 154 titles.

One of his most recognized songs, I Can’t Stand the Rain, was originally recorded by Ann Peebles, who eventually became his wife.  They wrote the song with the help of Bernie Miller and it was released in 1973.  Other version were recorded by Eruption, Lowell George, and Tina Turner.

For more info and to buy tickets:  http://grammymuseumms.org