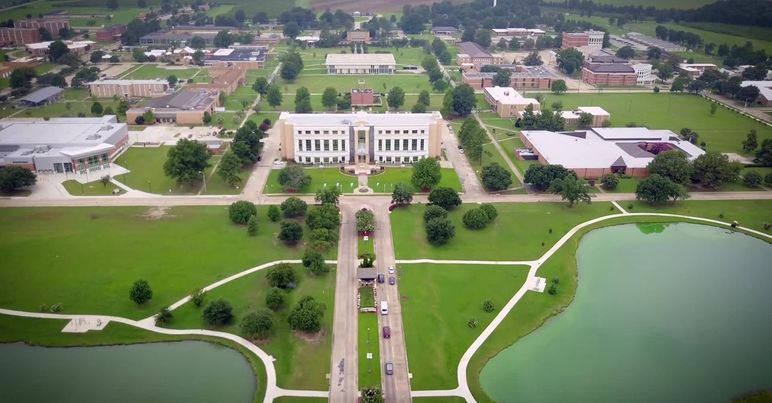 On Saturday, May 1, 2021, Cynthia Ann Watson Tyler will attend the 69th commencement exercises for Mississippi Valley State University, but not as a guest.

The 67-year-old mother, grandmother, and great-grandmother will be sitting with the other graduates on the MVSU Track awaiting her bachelor’s degree in Business Administration (Organizational Management).

The day is an extreme celebration for the Tyler family because Cynthia will not only realize her dream but also share the moment with her grandson JaCorian Dandrell Tyler. He will also earn his bachelor’s degree in Criminal Justice from MVSU.

The 24-year-old Clarksdale native is pleased to have the opportunity to graduate with his grandmother.

“I have such fun memories with her as a young boy. I can remember so vividly spending the summers and weekends at my grandparent’s house, not knowing the details of how she put her educational goals on hold to make sure our family succeeded,” he said.

Likewise, Cynthia shared similar sentiments regarding watching one of her grandchildren walk across the stage in the same ceremony as her.

“I feel blessed to be graduating with my grandson because at one point he wanted to give up, but because of the value of education and work ethic his late grandfather instilled in his mother, she pushed him to go on and never give up. I know that this was in the Lord’s plan because he should have graduated this past fall; however, he needed one class that was not being offered until the spring, and so now we are doing it together,” she explained.

Cynthia, who resides in Clarksdale also, was married to the late L. C. Tyler, Sr., for 43 years. Together they had four children, Lowanda, Katara, Kelaiah Tyler Stringer, and (Rev.) Luster C. Tyler, II. She is the grandmother of 11 and a great-grandmother of four, which will soon be six with twin boys due in weeks.

In that time, Cynthia will admit there have been many sacrifices made as a couple to make sure the family had all that they needed.

“I graduated from the former Immaculate Conception High School in Clarksdale in 1972,” she said. After high school, I joined my husband, who was in the army stationed in Germany. When we returned to the states, I became a stay-at-home mother. However, I did not want to give up on my dream of attending college,” she explained.

Cynthia enrolled at the then Coahoma Junior College (CJC), and with her schedule, she could only take part-time evening classes.

“My husband was enrolled at Mississippi Valley State College during the day, and I was enrolled at night at CJC so that he could watch our three young children at that time. It took me a while to complete since I was only taking part-time classes, but I was finally able to finish at CJC in 1982.”

For 37 years, Cynthia has been employed with the Clarksdale Municipal School District in various capacities. She has worked as a substitute teacher, an assistant teacher, an intermediate school secretary, and presently she serves as the bookkeeper in the Child Nutrition Department.

JaCorian, who currently works for the Mississippi Department of Corrections (MDOC) as a CO1 Officer, believes that the influence of his family, especially his grandmother, has shaped him into the young man he is and striving to become.

“From a young age, we would always hear her express how valuable a good education is and would always say, ‘if I had the opportunity, I would go back to school myself.’ Now she has the chance, and she took full advantage of it,” he said.

“I am an outgoing young man who tries to exemplify good morals, values, and work ethics. I try to be a good example for my younger brother, and I get that from my mother (Katara) and the example my grandparents set for me,” he added.

With his degree, JaCorian plans to continue to work for MDOC, and he would like to advance to superintendent after additional training and rank.

Cynthia and JaCorian share last names, but they also share a faith in God that informs them and gives them the strength to press on when times get hard.

“Our faith plays a very vital role in our lives,” said Cynthia. I do not know what God’s plan for me is, but Jeremiah 29:11 tells me that He knows His plans for me. Although I am at retirement age, I am not ready to sit home staring at the walls and twiddling my fingers. Hopefully, my return to the classroom after 37 years will inspire my younger grandchildren and other family members, the youth in our church, co-workers, and to anyone who may be thinking, ‘I cannot do this, and see that they can.”

At her age, Cynthia knows how discouraging the thought of going back to school could be for some people who have put it off, but she is determined to be an example for all who have concerns over the rigor of college.

“I have more years behind me than in front of me, and so I decided to do it. I have an eye condition called iritis, and it was a struggle for me to do so much reading and writing during my first classes in the program, yet I was determined to finish,” Cynthia said.

The elder Tyler said her calling is to help others, and it is a trait she learned from her late husband.

“He instilled in us as a family that sometimes we receive blessings through us and not for us and remember to whom much is given, much is required,” she added.

On March 30, MVSU held its virtual honor convocation, and Cynthia was recognized as an honor scholar during the presentation.

“My church (Union Grove M.B. Church) posted congratulations to me on our Facebook page. Since that post, many people have come to me and said that I was an inspiration to them to recommit to their endeavors.”

“I would tell anyone who is my age or even younger not to let your circumstances prevent you from your dreams and aspirations. It is never too late if you want to do something positive. There will be naysayers, but you ignore them and ask God for guidance and be like the little engine that could. Say to yourself, I think I can, I think I can, and keep on until you get to the point of knowing you can,” she said.