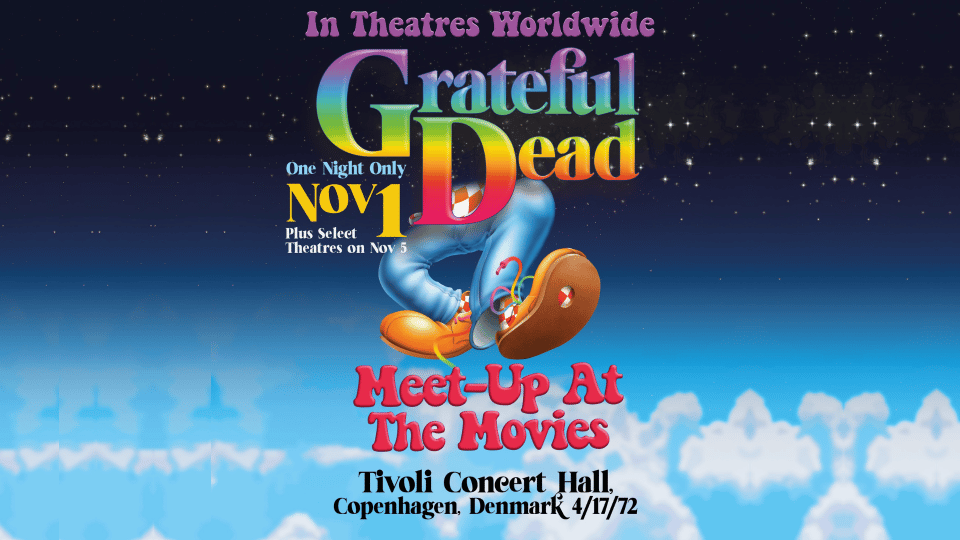 For all you Deadheads across the state, the Grateful Dead’s annual “Meet-Up At The Movies” returns to select theaters Tuesday night and Saturday night after a two-year hiatus due to COVID-19.

This year’s event will celebrate the 50th anniversary of the band’s iconic Europe ’72 tour, bringing the previously unreleased Tivoli Concert Hall performance to the big screen. The show, which took place on April 17, 1972, in Copenhagen, Denmark, was the Grateful Dead’s first-ever concert to be broadcast live on television.

Fully restored and color corrected in high definition with audio mixed from the 16-track analog master tapes, the concert will be shown at the Capri in Jackson as well as both Malco and Cinemark in Tupelo. To buy tickets, click here.