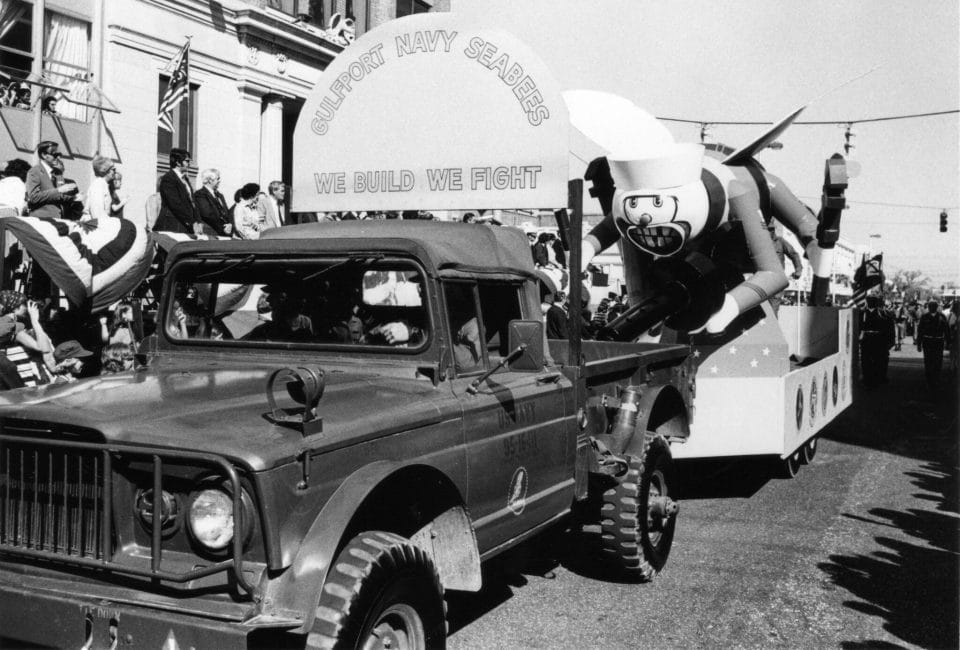 The Naval Construction Battalion—better known as the Seabees—is celebrating its 80th birthday on March 5.

Lara Godbille, the director of the U.S. Navy Seabee Museum in California, explained that during World War II, there were only four posts in the United States for the Seabees, one of which was in Gulfport.

“Gulfport has always been a big part of the Seabee world,” Godbille said in an interview with Rebecca Turner.

Out of the four, Gulfport’s post, which was opened in June of 1942, was the second largest and played an integral part in securing the safety of southern waters.

The Gulfport post was vital to the success of the Second World War thanks to its access to railways, a pier, and its close location to the Caribbean.

The Gulfport Seabees also made efforts to protect the Panama Canal through its construction, which further secured the coast during the war.

Today, there are currently two major homeports for the Seabees with one of them still being in Gulfport. Godbille explained the past and present importance of the coast’s Seabees, with a total of 14,000 total scattered across the country.

“Believe it or not, they’re still doing the exact same mission that they did in World War II. They are building and fighting,” she said. “Seabees also do humanitarian efforts and disaster recovery around the world. They are able to get pretty much anywhere on the globe within 48 hours.”

Belhaven University to join Collegiate Conference of the South