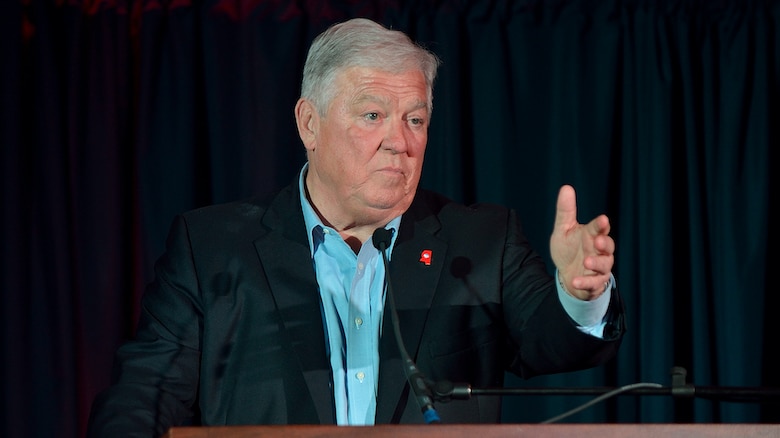 Photo courtesy of the University of Mississippi

Former Mississippi Governor Haley Barbour has been inducted into the American Association of Political Consultants Hall of Fame.

Every year, the AAPC selects a group of individuals “whose careers and activities serve as inspirations to us all, especially to students and young professionals looking for examples of leadership, longevity, and accomplishment.”

Barbour, who served as Mississippi’s governor from 2004 to 2012, has been a longtime politician, political consultant, and lobbyist.

Barbour began his career in politics when he successfully ran Gerald Ford’s 1976 presidential campaign in the Southeast. The Yazoo City native then spent time working on former Texas Governor John Connally’s campaign before serving as a political aide to President Ronald Reagan.

Considered by Politico as “one of Washington’s all-time mega-lobbyists,” Barbour is a co-founder of D.C.-based lobbying group Barbour Griffith and Rogers, which is widely known as one of the most powerful firms in America. He was also chairman of the Republican National Committee from 1994 to 1997.

“He’s taught everybody that policy goes with politics,” former RNC Executive Director Scott Reed said. “There are dozens, hundreds of operatives around the country right now in campaigns that are saying to themselves when faced with a dilemma, ‘What would Haley do in this situation?’ And I really think that’s the impact he’s had on generations of Republican operatives.”

During his time as governor, Barbour helped the state in its recovery from both Hurricane Katrina as well as the 2010 Deepwater Horizon oil spill.

Mandy Grunwald and Alexander Patton Gage were inducted alongside Barbour.

How to prepare for hurricane season in Mississippi