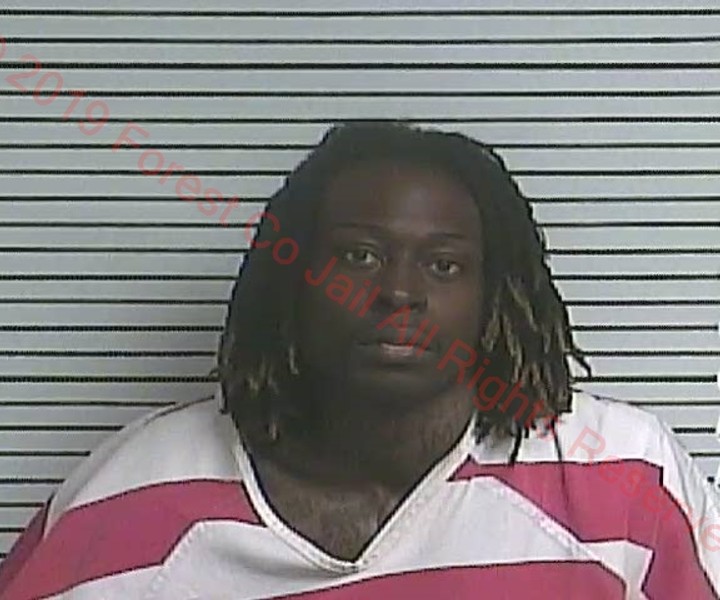 Jordan Reshard Poole, 29, of Hattiesburg, was sentenced today by Senior U.S. District Judge Keith Starrett to 100 months in federal prison, followed by three years of supervised release, for being a felon in possession of a firearm, announced U.S. Attorney Mike Hurst, Special Agent in Charge Michelle A. Sutphin with the Federal Bureau of Investigation, and Special Agent in Charge Kurt Thielhorn with the Bureau of Alcohol, Tobacco, Firearms, and Explosives.  Poole was also ordered to pay a $4,000 fine.

On July 17, 2017, Poole was found in possession of a firearm after police engaged with Poole and another individual in a high-speed chase in Lamar County.  Poole was previously convicted of multiple felonies in Forrest County, including arson.  He most recently was found guilty of felony burglary and was sentenced in January 2015 to two years of confinement, consecutive to an earlier felony sentence.

Poole pled guilty before Judge Starrett on July 31, 2019.  In sentencing Poole, Judge Starrett cited the seriousness of the facts leading up to Poole’s arrest.

This case is part of Project EJECT, an initiative by the U.S. Attorney’s Office for the Southern District of Mississippi under the U.S. Department of Justice’s Project Safe Neighborhoods (PSN) and Project Guardian. EJECT is a holistic, multi-disciplinary approach to fighting and reducing violent crime through prosecution, prevention, re-entry, and awareness. EJECT stands for “Empower Justice Expel Crime Together.” PSN is bringing together all levels of law enforcement and the communities they serve to reduce violent crime and make our neighborhoods safer for everyone. Project Guardian draws upon the Department’s past successful programs to reduce gun violence; enhances coordination of federal, state, local, and tribal authorities in investigating and prosecuting gun crimes; improves information-sharing by the Bureau of Alcohol, Tobacco, Firearms, and Explosives when a prohibited individual attempts to purchase a firearm and is denied by the National Instant Criminal Background Check System (NICS), to include taking appropriate actions when a prospective purchaser is denied by the NICS for mental health reasons; and ensures that federal resources are directed at the criminals posing the greatest threat to our communities.

The Bureau of Alcohol, Tobacco, Firearms and Explosives, the Federal Bureau of Investigation, and the Hattiesburg Police Department investigated the case. The case was prosecuted by Assistant United States Attorney Andrew W. Eichner.