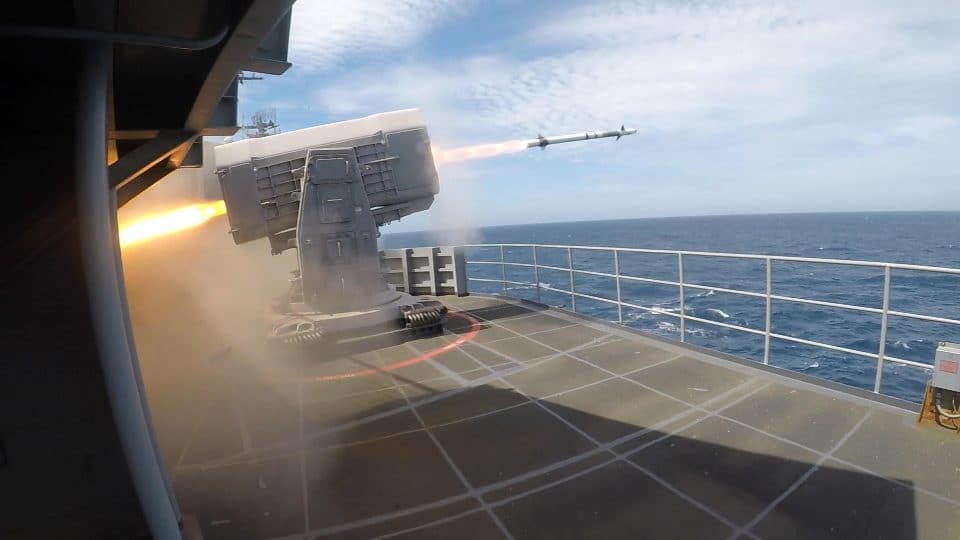 Petty Officer 1st Class Teandra Byrd, a native of Hazlehurst, Mississippi, joined the Navy for the opportunities the military offers.

According to Byrd, the values required to succeed in the military are similar to those found in Hazlehurst.

“My mom was a strong disciplinarian, which helped me with the structure of the Navy,” said Byrd.

Byrd, a 2013 graduate of Hazlehurst High School, serves as a machinist’s mate at the school where naval officers learn to serve as surface warfare officers.

“Machinist’s mates are the engineers of the Navy,” said Byrd. “We operate, maintain and repair equipment.”

The mission of SWOS is to ready sea-bound warriors to serve on surface combatants to fulfill the Navy’s mission maintaining global maritime superiority.

Once service members finish training they are deployed around the world putting their skill set to work aboard Navy ships, such as aircraft carriers, cruisers, destroyers, amphibious warfare ships, mine warfare ships and littoral combat ships.

Naval Education and Training Command (NETC), led by Rear Adm. Peter Garvin, is the U.S. Navy’s Force Development pillar and largest shore command.  Through its “Street to Fleet” focus, NETC recruits civilians and transforms them into skilled warfighters ready to meet the current and future needs of the U.S. Navy.

Serving with the Navy requires a combination of dedication and sacrifice, but Byrd believes the accomplishments achieved along the way make the hard work worth it.

“I’m proud of the experiences the Navy has offered me,” said Byrd. “I am currently enrolled in Coastline Community College while learning the skills needed to be a mechanic as a member of the Navy, where I will soon transfer to a four-year university. I will earn my bachelor’s degree while gaining knowledge in a subject I may never have pursued if not for Navy engineering.”

According to the U.S. Naval History and Heritage Command, during the early days of the Surface Navy, wooden frigates, propelled by sails, would fire cannon balls at enemy ships in an attempt to either sink or capture the ships on the open seas, while modern surface warfare conducts a wide variety of missions—from multiple ship classes—including aviation, damage control and seamanship.

Surface warriors are the backbone of America’s Navy and the most capable surface force in the world, explains the U.S. Naval History and Heritage Command: “The United States Navy is known for a colorful and illustrious history with opportunities in numerous warfare communities. But since its inception, the Navy has been known for fighting on the high-seas, and surface warfare remains our heart and soul.”

The future of surface warfare is rapidly changing, according to Navy officials, so the course and materials at Surface Warfare Officer School are constantly evolving to create the most dynamic, lethal, safe and professional warfighting team for the Navy the nation needs.

With more than 90 percent of all trade traveling by sea, and 95 percent of the world’s international phone and internet traffic carried through fiber optic cables lying on the ocean floor, Navy officials continue to emphasize that the prosperity and security of the United States is directly linked to a strong and ready Navy.

According to Chief of Naval Operations Adm. Mike Gilday, four priorities will focus efforts on sailors, readiness, capabilities and capacity.

“For 245 years, in both calm and rough waters, our Navy has stood the watch to protect the homeland, preserve freedom of the seas, and defend our way of life,” said Gilday. “The decisions and investments we make this decade will set the maritime balance of power for the rest of this century. We can accept nothing less than success.”

As Byrd and other sailors continue to train, they take pride serving their country in the United States Navy.

“To me, serving in the Navy means opportunities,” added Byrd. “I’ve had the chance to learn new things and meet new people while earning my education and serving our nation.”

Mississippi Match 5 jackpot is at $445,000 for tonight’s drawing