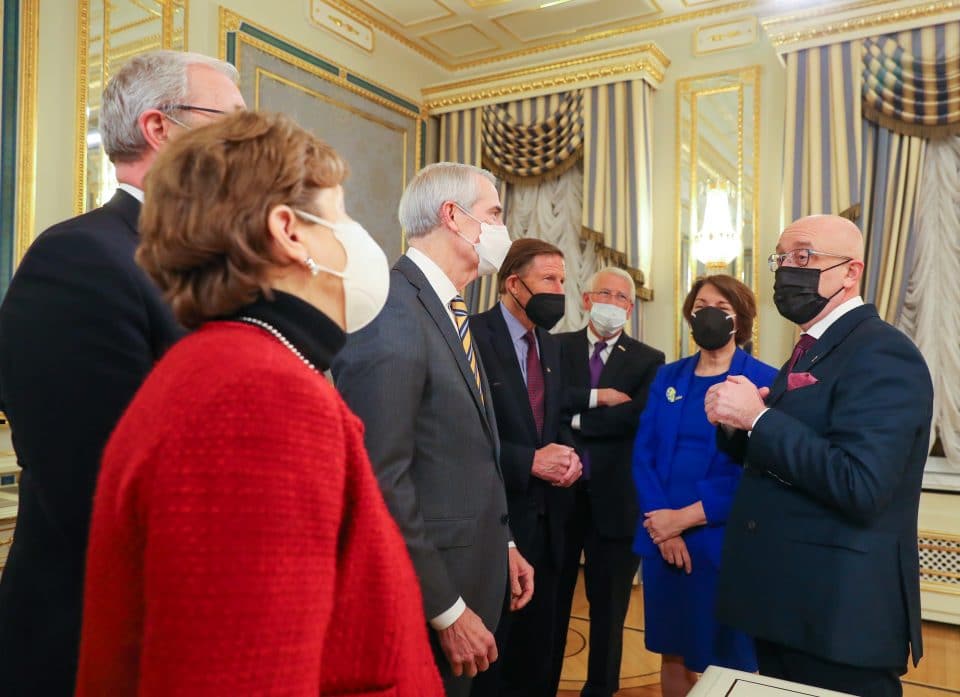 With the Kremlin’s recent invasion of Ukraine, members from the U.S. Helsinki Commission have released the following statement:

“We are outraged that Russia’s Vladimir Putin has chosen to dramatically escalate his war against Ukraine.  These are not the actions of a powerful leader, but a despot seeking to deny Ukrainians the peace and freedom he has denied his own people.

We demand Russia immediately cease its brutal and criminal invasion and adhere to the principles of the Helsinki Final Act. We urge the entire world—including the people of Russia—to stand with the people of Ukraine in this moment of darkness.”

The 1975 Helsinki Final Act was an agreement by 35 nations that forbids the countries who signed it from violating the others’ “territorial integrity.” Russia’s attack on Ukraine is considered a violation of not only its commitments to the Helsinki Act but of international law, including the UN Charter.

“Russia treacherously attacked our state in the morning, as Nazi Germany did in the WW2 years,” tweeted Ukraine’s President Volodymyr Zelenskiy. “Russia has embarked on a path of evil, but Ukraine is defending itself & won’t give up its freedom no matter what Moscow thinks.”

In his declaration of war on Ukraine, Russian President Vladimir Putin said his goal was to protect Russian citizens subjected to “genocide” in Ukraine—an “unfounded accusation,” according to The Moscow Times.

“And for this we will strive for the demilitarization and denazification of Ukraine,” Putin said. “Russia cannot feel safe, develop, and exist with a constant threat emanating from the territory of modern Ukraine”

As of now, President Biden has nixed the idea of sending U.S. troops to Ukraine but assured that “the United States and its Allies and partners will respond in a united and decisive way.” He is scheduled to provide an update at 12:30 p.m. CT, which will be livestreamed on the SuperTalk Mississippi News Facebook.

For live updates on Russia’s assault against Ukraine, click here.