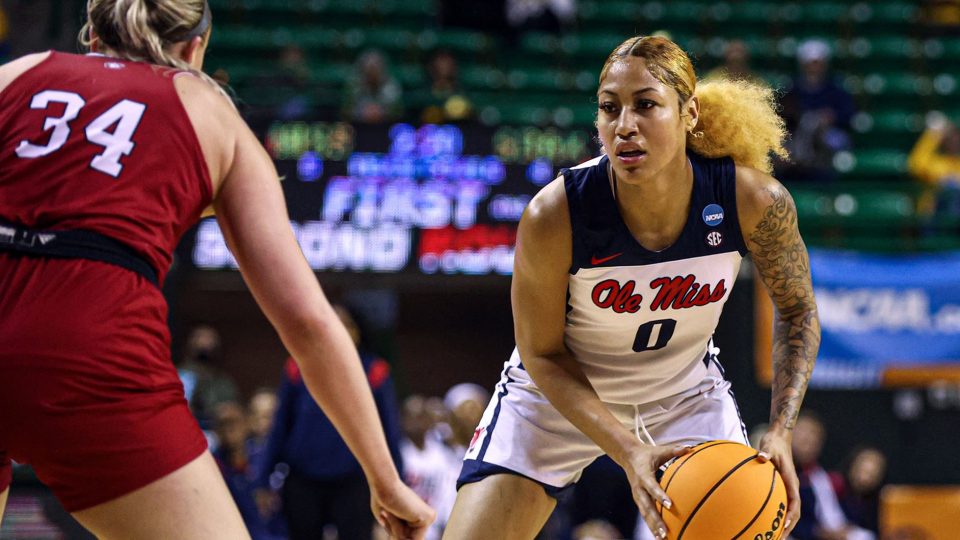 The WNBA Draft is set to take place on Monday night in New York, and Shakira Austin of Ole Miss is expected to be selected with one of the first three picks.

Austin, who has generally been grouped with Kentucky’s Rhyne Howard and Baylor’s NaLyssa Smith as the players with the most upside in this year’s draft, is projected by both CBS and ESPN to go No. 3 overall to the Washington Mystics.

The Mystics originally had the No. 1 overall pick in the draft but traded it to the Atlanta Dream for the No. 3 overall pick, the No. 14 pick in the second round, plus the right to swap with the Los Angeles Sparks’ 2023 first-round selection.

“The Mystics were the surprise winners of the lottery and then in an even bigger surprise, they traded the No. 1 pick to the Dream,” Jack Maloney of CBS wrote. “So who might they be targeting lower down the board? Shakira Austin is one potential option, as they could use some frontcourt depth, and the 6-foot-5 big out of Ole Miss arguably has as much upside as anyone in this class. She’s an impactful defender, moves fluidly for her size, and has some intriguing potential on the offensive end with her ability to face up and put the ball on the deck.”

Austin enjoyed a stellar career in Oxford after transferring from Maryland in 2020. In two seasons with the Rebels, she averaged 16.9 points, 9.1 rebounds, and 1.9 blocks per game. The Virginia native eclipsed the 1,000-career rebound mark this past season, making her one of seven active Division I players with 1,500 career points and 1,000 career rebounds.

If selected with one of the first three picks, Austin would tie Armintie (Price) Herrington as the highest draft pick in Ole Miss history, when the guard was selected third by the Chicago Sky in 2007.