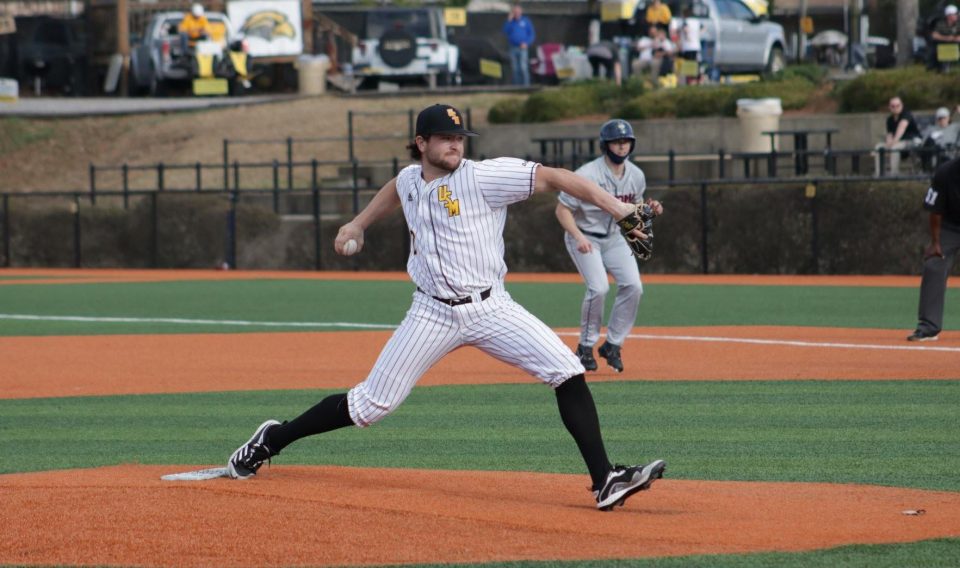 A pair of home runs lifted Florida Atlantic to a 3-1 Conference USA series-opening victory over No. 17 Southern Miss Friday night at the FAU Stadium.

The Golden Eagles had a four-game win streak snapped as they fell to 33-16 overall and 20-8 in C-USA West Division play. Southern Miss stayed a half-game ahead of Louisiana Tech on top of the division after the Bulldogs dropped a 7-5 decision at home to UTSA on Friday as well.

Gabe Montenegro opened the game for Southern Miss with a quick single to left-center, his first of a team-high three hits in the contest. After a wild pitch and a walk to Reed Trimble, the Golden Eagles 3-through-5 hitters each struck out and the threat was ended.

Other than an RBI double by Blake Johnson in the fourth who drove in Will McGillis after he reach by getting hit by a pitch, the Golden Eagles could not manage another big hit as they stranded seven over the first five innings of the game, before FAU (28-21, 17-12) retired the final 14 Golden Eagle batters to seal the game.

Hunter Stanley pitched seven strong innings, giving up three runs on eight hits with no walks and nine strikeouts. His only blemishes were a solo home run to Mitchell Hartigan to open the third – his sixth of the year – and a two-run shot by Steven Loden in the fifth, his fourth of the year, to account for all of FAU’s scoring.

Stanley suffered the loss and fell to 5-3 on the season.

FAU starter Hunter Cooley limited the Golden Eagles to a run on five hits over seven innings with two walks and seven strikeouts to earn the victory and improve to 8-3. Dylan O’Connell threw a perfect eighth and Dante Visconti earned his second save by retiring all three batters he faced in the ninth.

The series continues with a 1 p.m., CT doubleheader Saturday.

Thunder & Lightning: What Are Mississippi State’s Keys to Upsetting Kentucky?