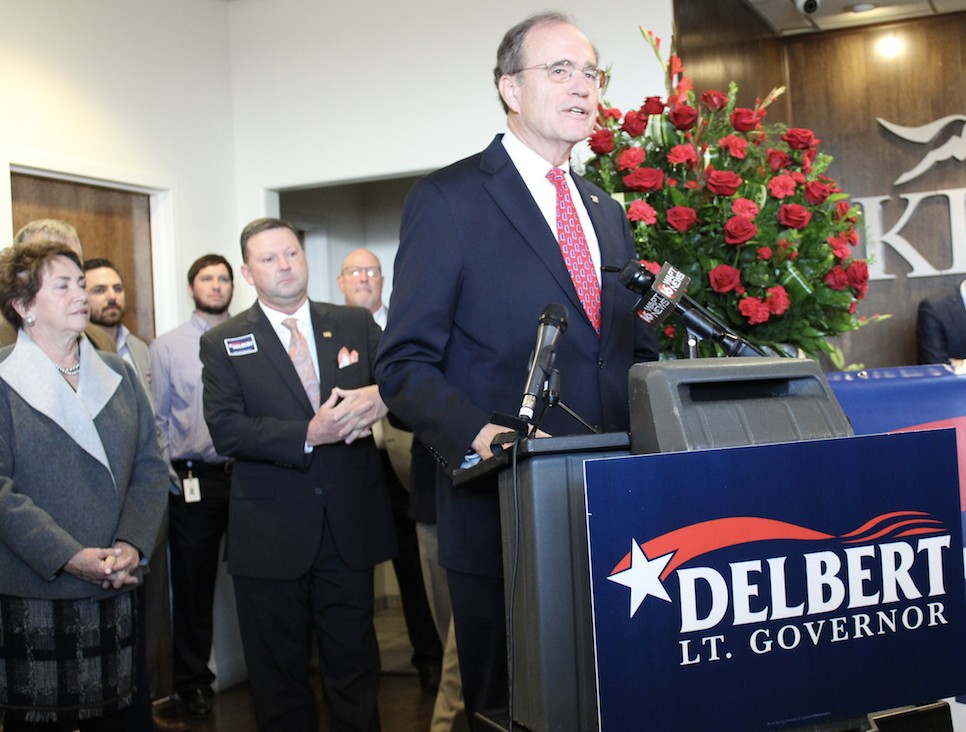 Lieutenant Governor candidate Delbert Hosemann raised $411,600 in October, retaining more than $1.67 million cash-on-hand in the final days of the campaign.

“We’re proud of the positive, solution-based campaign we have been privileged to run over the past several months, and we’re looking forward to finishing strong on Tuesday, November 5,” Hosemann said. “Now, it’s time to get out the vote.”

Hosemann announced his campaign for Lieutenant Governor in early January with a three-day tour to businesses in Vicksburg, Brookhaven, Columbus, DeSoto County, Greenwood, Hattiesburg, Meridian, Rankin County, Tupelo, and the Mississippi Gulf Coast.  Since then, Hosemann and his wife, Lynn—along with campaign staff and dozens of volunteers—have been on the road participating in forums, roundtables, festivals, and other events across the State.

The General Election is Tuesday, November 5.