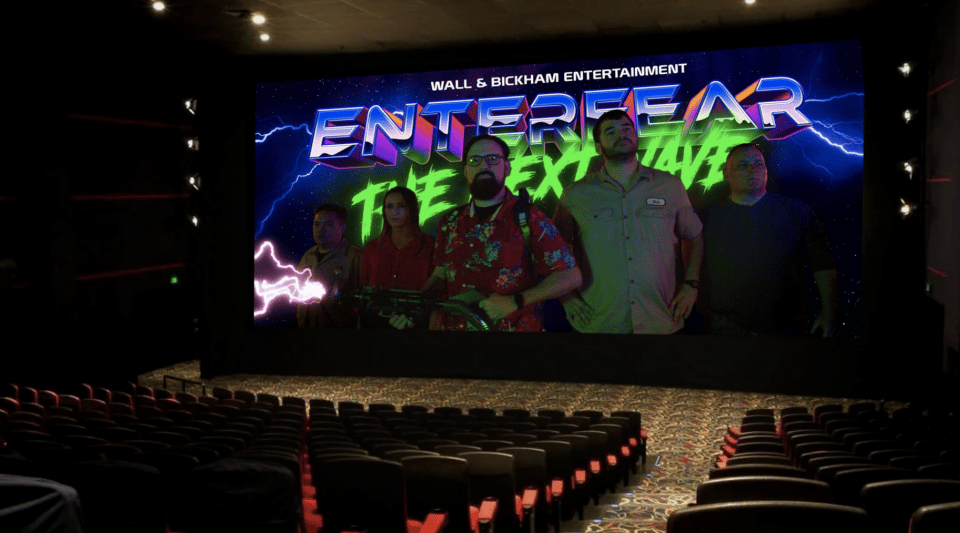 The upcoming premiere of "Enterfear The Next Wave," which is scheduled for October 3, is already sold out (Photo courtesy of Wall & Bickham Entertainment)

The numbers are in, and according to the Mississippi Film Office, the Magnolia State was the site of 15 feature films during the first half of 2022.

“I’ve been here for 24 years. The first year, we were lucky to have one or two feature films and that was fine and normal at that point. To have fifteen in six months is amazing. Simply amazing,” Mississippi Film Office Director Nina Parikh said.

Parikh says that the uptick in the number of filmmakers coming to Mississippi can largely be attributed to something Mississippians pride themselves on most – hospitality.

“[Filmmakers] get into these communities, and they realize how much support there is in all of these communities,” Parikh explained. “Whether they’re in Raymond or Oxford or Canton or Natchez or the Gulf Coast, you have communities that embrace these productions and that’s not something you get all of the time.”

Hospitality aside, Mississippi also offers one of the better rebate programs in the country. With the Mississippi Motion Pictures Incentive Program, which has an annual cap of $20 million, productions are eligible for a 25% cash rebate on costs paid to Mississippi vendors or companies.

On top of the rebate, the program ensures the involvement of Mississippians in the process as at least 20% of a film’s crew must be residents of the state. To maintain that prerequisite, colleges and universities across the state have furthered their film and digital media programs while municipalities have welcomed various film-related summer camps over the years.

“We really need to get people trained because these productions want to hire more locally,” Parikh said. “Obviously, it’s a chicken-and-egg scenario, so we have to produce some people that have the experience and the skillsets. Luckily, it doesn’t take that long for that.”

As the Mississippi Film Office continues its work in bringing movies to the Magnolia State, you can learn more by visiting filmmississippi.org.

Thunder & Lightning: The Rumblings Will Never Frustrate You