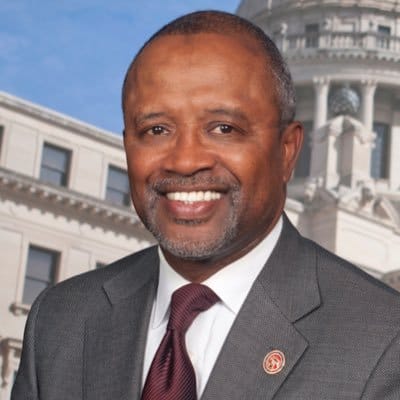 House Minority Leader Rep. Robert Johnson III (District 94) spoke with Paul Gallo on the Gallo Radio Show about the CARES Act funds and the legislature’s decision to reconvene and take the appropriation power away from the Governor.

READ MORE: Governor Reeves Says That Now Is Not The Time To Play The Political Revenge Game

Both chambers, the House and the Senate gaveled in on Friday. The bill was brought to the floor in the house and was unanimously passed with a 112-0 vote and immediately released to the Senate for concurrence or nonconcurrence.

The bill was argued in the Senate. Senator Chris McDaniel brought up his concern that the bill was moving through the process too fast. Senator John Horhn was concerned about where all the funding would be going.

The bill will now go to the Governors desk where he will either approve or veto it.

Gallo Radio Show (3rd Hour)
Dr. LouAnn Woodward - Vice Chancellor of Health Affairs and Dean of School of Medicine at UMMC @UMMCnews Topic: Update from UMMC, where they are with the number of COVID_19 cases and hospitalizations, and what being a soon to be hotspot state looks like from inside a medical center. ,