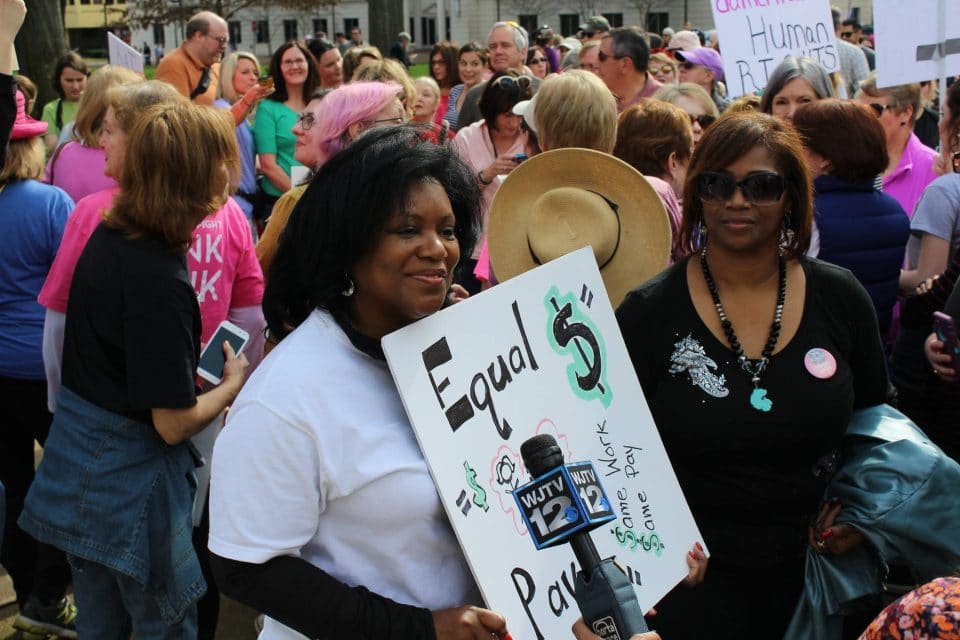 “If you love your mom and daughter, vote for it.”

Those were the words spoken by Representative Angela Cockerham, I-Magnolia, as she requested her male peers to think about their female relatives not getting paid the same as a male in the exact same position.

Representatives responded by passing the Mississippi Equal Pay for Equal Work Act with an overwhelming 111-5 vote. The five nays included Rep. Dana Criswell, R-Olive Branch, who asked Cockerham to supply the numbers on how many females in Mississippi have had to go to federal court due to a dispute over pay equity.

“From what I understand, there is federal law that covers this already, am I correct in this?” he asked, verifying that the Equal Pay Act was passed in 1963. “So do you have the numbers or do you know how many women have had to use the federal law in the last year or since it existed…to remedy a situation that they’ve had at work?”

After a minute, Cockerham regained her stride.

“If you have one woman (who’s suffered from the lack of equal pay protection), that is one too many,” she replied, not having any numbers on hand.

Cockerham once again asked Criswell and other lawmakers to think about their own daughters. Criswell has three female children.

“It seems to me we’re passing a law that we don’t even know if it’s going to help…I’m concerned we’re just passing a law because it feels good,” Criswell countered before stepping down.

Since 1963, there’s been few cases of Mississippi women taking their employers to federal court as it’s not only expensive but more difficult.

According to a 2017 report by the Mississippi University Research Center, women earn 27 percent less than men for full time work in Mississippi, 8 percent more than the wage gap nationwide. More so, Black and Latina women in the state make 54 cents for every dollar a white man makes.

The Senate is expected to take up their own pay equity bill next week as Mississippi is the only state without an equal pay provision in state law.

CONTINUE READING: Timeline of the fight for equal pay in Mississippi

Thunder & Lightning: Can Mississippi State Get Revenge Against Ole Miss?