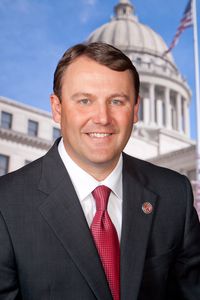 The legislature has set things up so that the license fees for Mississippi’s medical marijuana program are enough to fund it, according to House Speaker Pro Tempore Jason White.  During an interview with SuperTalk Mississippi this morning, he went into more detail.

“We taxed it at 7% sales tax and a 5% excise tax.  12% will fund the program, certainly over and above.   We think the fees alone fund the program, but if they don’t the taxes certainly will,” he told us.  He went on to say that the legislature will put forth a medical marijuana plan AND an appropriation bill.

White took offense with some of the comments Agriculture Commissioner Andy Gipson made during a press conference Monday.  “He hit pretty hard on the legislature yesterday.  He compared Nancy Pelosi.  Let’s think about all the bills Andy brought out of Jud B with not so much as any hearing.”

Under the bill the Dept. of Agriculture would be tasked with regulating growing, processing and transportation of medical marijuana.  Gipson claimed the bill would great expand the size of government and his agency.  White told us he believes at one point Gipson advocated for a new commission to be formed, and said that would be expanding government under Gipson’s definition.

White also told us he listened in as House Speaker Philip Gunn and Lt. Governor Delbert Hosemann talked to Governor Tate Reeves about the bill yesterday, though the focus of the conversation was really about what other issues they could tackle should the governor call a special session.

That would include allocating funds from the American Rescue Plan to address the nursing shortage across the state.  They also want to change language in existing state law to allow the families of law enforcement officers who pass away from COVID to receive ‘line-of-duty’ death benefits.  They also want to reverse the rate increase freeze on Medicaid payments, and would like to talk about emergency funding for programs dedicated to addressing child abuse and domestic violence.