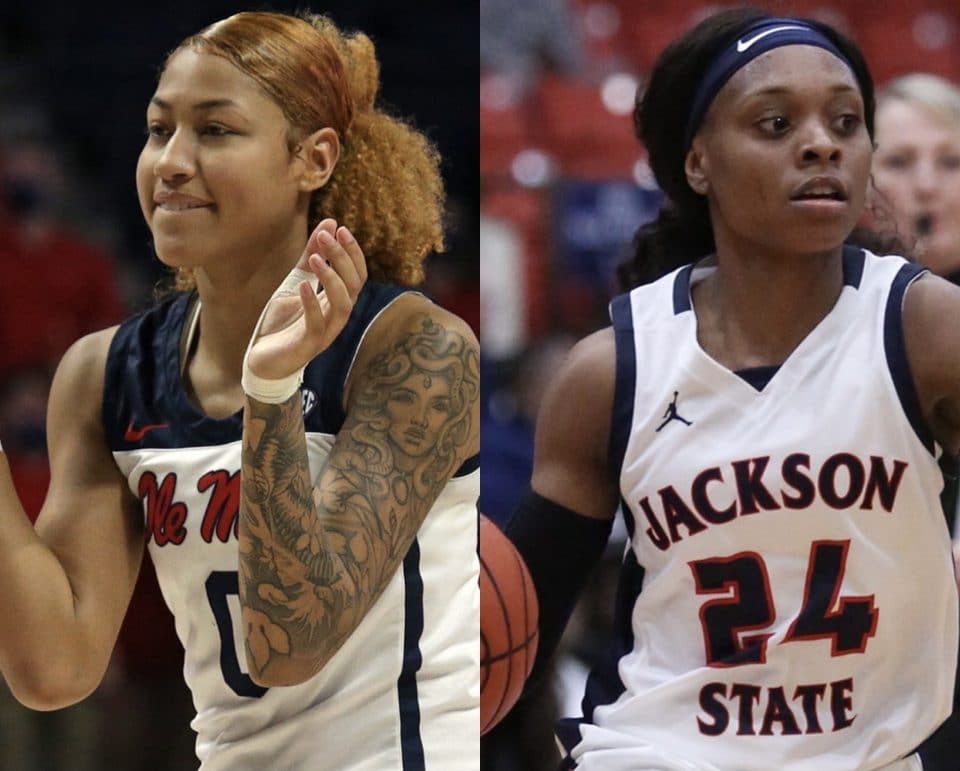 On selection Sunday, two women’s basketball programs in Mississippi heard their names called. Jackson State will be heading to the Big Dance for the second year in a row, while Ole Miss will be making its first appearance since 2007.

Beginning with Jackson State, who earned an automatic bid after winning the SWAC Tournament, the Tigers will head down to Baton Rouge to face off against the other Tigers in LSU.

Jackson State (23-6) is in the midst of a stellar season in which the team went 18-0 in SWAC play. Led by Mississippi State transfer Ameshya Williams-Holliday, a 6-foot-4 post player who was named SWAC Player of the Year and Defensive Player of the Year, Jackson State will try for its first ever NCAA Tournament victory after falling in the first round in 1982, 1983, 1995, 2008, and 2021.

LSU (25-5), now coached by Hall of Fame head coach Kim Mulkey, most recently lost to Kentucky in the opening round of the SEC Tournament. The last time a group led by Mulkey faced off against Jackson State was in the 2021 NCAA Tournament which resulted in a 101-52 victory for Baylor.

Slotted in the Wichita region, the Rebels are coming off their best season in 15 years.

Led by first team All-SEC post player Shakira Austin, Ole Miss (23-8) will face off against the Coyotes of South Dakota. Austin, who was a Top 10 finalist for the Lisa Leslie Award, is averaging 15.4 points, 8.9 rebounds, and 2 blocks per game.

South Dakota (27-5), who was an automatic qualifier after winning the Summit League conference tournament, will be playing in the NCAA Tournament for the second year in a row. In 2021, they suffered a 67-47 to Oregon.