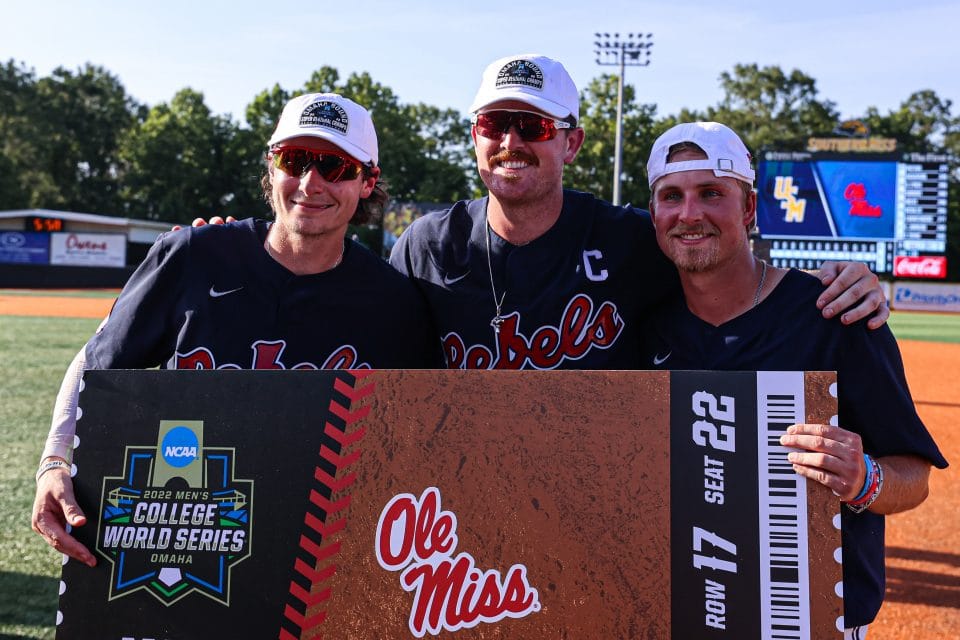 The final eight teams have earned their place in the 2022 College World Series and Ole Miss is one of them.

Ole Miss (37-22) had a season full of ups and downs. The Rebels started the season ranked in the top 10 before working their way up to the No. 1 spot two weeks into the season. Tides turned, and the team began to trend downward as they were knocked out of the top 25 and dead last in the SEC West standings.

After Ole Miss lost four out of five SEC series, the team found new life and went on a seven-game winning streak. A home series loss to Texas A&M paired with a first-round exit from the SEC Tournament nearly ruined the Rebels’ chances of playing in the NCAA Tournament. After being one of the last teams selected to play in a regional, Ole Miss went on a five-game winning streak, outscoring opponents 46-11 and earning its place in Omaha.

Auburn (42-20) did not begin its season under the same spotlight as Ole Miss. The Tigers were projected to finish last in the SEC West according to the league’s preseason Coaches Poll. However, the Tigers proved themselves to be a force in the conference as they won five SEC series and found themselves in the top 25 for the majority of the baseball season.

A quick exit from the SEC Tournament at the hands of Kentucky almost put Auburn’s ability to host its own regional in jeopardy. Nonetheless, the NCAA named Auburn a host team for regional play. The Tigers proceeded to roll through their regional before traveling across the country to play Oregon State in a super regional. Auburn was tested by the Beavers as the series went to three games, but the Tigers managed to secure a one-run victory; thus securing their spot in the College World Series.

Surface Transportation Board calls for mediator in Amtrak, CSX hearings