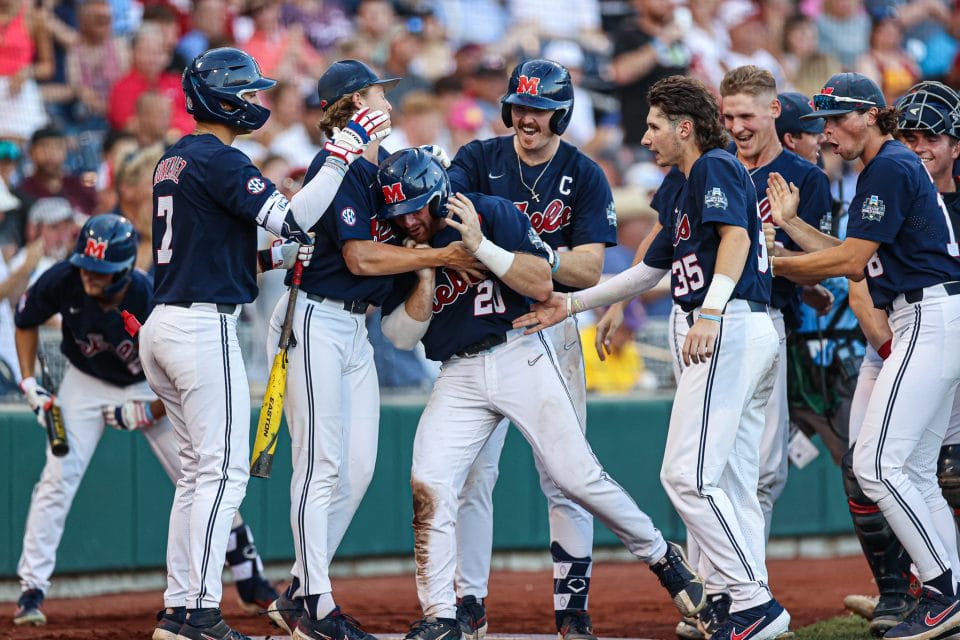 A red hot start by the Rebels in Omaha has given Ole Miss fans every reason to celebrate. That being said, the job is not done as Ole Miss has to defeat Arkansas once more to cement its spot in the College World Series championship series.

The Rebels have been on a roll in the postseason outscoring opponents 64-17 since the beginning of the NCAA Tournament. While Ole Miss’ offense has imposed its will when needed, the primary reason for the team’s success has been its pitching.

Since the tournament began, Ole Miss junior RHP Dylan DeLucia and freshman LHP Hunter Elliott have only given up seven earned runs collectively. The Rebels will turn to senior LHP John Gaddis, who was once a weekend starter, to pick up where DeLucia and Elliott left off. Gaddis faced the Razorbacks in the regular season and did not give up a run in the two relief innings he pitched.

Arkansas started its CWS campaign on the right track after dominating Stanford by a score of 17-2. While the Razorbacks hoped that an excellent pitching performance by senior RHP Connor Noland would carry over into the second round of the CWS, Ole Miss’ offense proved to be a nearly unstoppable force.

During Monday night’s game, seven pitchers were used against Ole Miss and five of them gave up at least one earned run. Arkansas is looking to have better results this time around as the team turns to freshman LHP Hagen Smith. Smith faced the Rebels in the regular season and allowed seven hits and two earned runs in the six innings he pitched.

How to watch Ole Miss vs. Arkansas