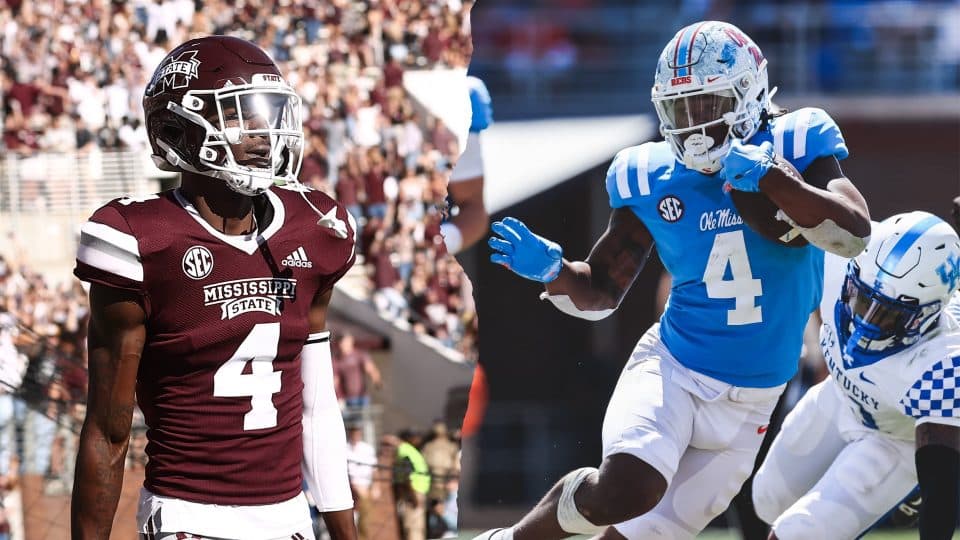 The Magnolia State’s largest college football rivalry has returned once more as Ole Miss and Mississippi State are gearing up for their 119th overall meeting to see who will win this year’s Battle for the Golden Egg.

After starting the season blazing hot, earning a top-10 ranking and amassing a 7-0 start, the No. 20 Ole Miss Rebels (8-3, 4-3 SEC) experienced a few hiccups along the way leading up to the in-state rivalry, losing three of its last four games. Nevertheless, Ole Miss’ season has been defined by its SEC-leading rushing attack led by true freshman running back Quinshon Judkins in his record-breaking campaign. Through 11 games, Judkins has 1,385 rushing yards and 16 touchdowns, and you can definitely expect to see a lot of him Thanksgiving night.

Going into the Egg Bowl, the Rebels’ defense, which has struggled at times during the season, will look to slow Mississippi State’s passing attack. The Bulldogs lead the SEC in passing attempts per game and rarely run the ball, giving Ole Miss a general idea of what to expect in the matchup. Offensively, Ole Miss will look to establish its running game early with Judkins and Zach Evans in order to open up sophomore quarterback Jaxson Dart’s passing game. Currently, the Rebels are on a two-game winning streak over MSU and have an overall record of 64-46-6 in the rivalry.

The Bulldogs’ season has been a Jeckyll and Hyde affair where the team would look dominant one week, then would look totally unlike itself the next. Mississippi State (7-4, 3-4 SEC) has experienced tough losses, exciting close wins, blowout losses, and dominant victories all in 11 games. However, one factor has been consistent — Will Rogers. Unlike Ole Miss, MSU does its best work in the air, courtesy of Rogers’ current stat line of 3,474 passing yards and 32 touchdowns, which leads the SEC.

In preparation for the Rebels, MSU will look to its linebackers, specifically Nathaniel Watson and Jett Johnson, who rank among the top five in the conference in tackles, to put a wrench in Ole Miss’ ground attack. Defensive back Emmanuel Forbes, the SEC’s leader in interceptions, will also work to limit his rival’s ability to move the ball through the air. Offensively, Mississippi State will consider running the ball more due to rain in the forecast and Ole Miss’ difficulty with being gashed by opposing teams’ running backs. If the Bulldogs win the Egg Bowl, it will be Mike Leach’s first time to accomplish the feat as the team’s head coach.

Table scraps you shouldn’t share with your pets this Thanksgiving