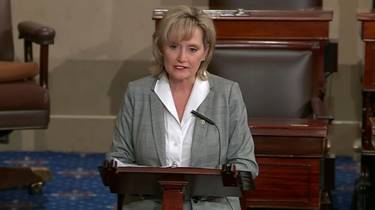 Hyde-Smith is an original cosponsor of the Protecting Access to Lifesaving Screenings (PALS) Act of 2019. The measure would require a more permanent moratorium on U.S. Preventive Services Task Force (USPSTF) recommendations that effectively limit insurance coverage for breast cancer screenings for women in their 40s.

“Breast cancer is one of the most common types of cancer in Mississippi and claims the lives of hundreds of women in Mississippi every year,” Hyde-Smith said.  “I’m proud to cosponsor this bill, which recognizes the risks don’t begin when you turn 50 and requires insurers to continue coverage for breast cancer screenings for women in their 40s.”

Under current law, insurance coverage follows USPSTF recommendations. In 2015, the task force raised its age recommendation for screening to women who are 50 and older.  The decision has been opposed by the American College of Radiology, the American Cancer Society, and the American College of Obstetricians and Gynecologists. The PALS Act would provide women in their 40s with greater certainty that breast cancer screenings and mammograms will be covered by health insurance.

The legislation was introduced by Senators Marsha Blackburn (R-Tenn.) and Dianne Feinstein (D-Calif.).  It has been referred to the Senate Finance Committee.  A companion bill has been introduced in the House of Representatives.