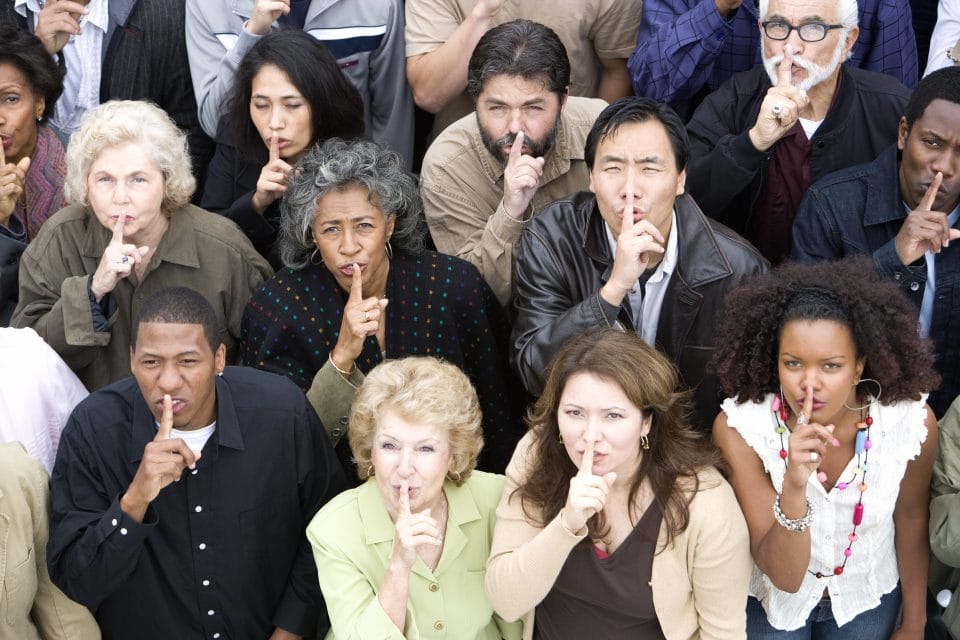 U.S. Senator Cindy Hyde-Smith has cosponsored a resolution recognizing the importance of protecting freedom of speech, thought, and expression.

“Freedom of expression is one of our most cherished freedoms and Constitutional rights,” Hyde-Smith said.  “In light of troubling evidence of intolerance, I believe it is important to recognize the importance of freedom of speech and recognize its contribution to the success of our nation and of democratic nations around the world.”

The resolution, introduced by Senator Marsha Blackburn (R-Tenn.), affirms the importance of free speech.  It also cites the “cancel culture” and recent domestic and international acts to punish the expression of unpopular or controversial views, including instances involving U.S. universities, the media, businesses, and nations like the People’s Republic of China.

Read the resolution here or below.

Whereas freedom of speech is one of the most basic values of the United States;

Whereas the ability of all people of the United States to speak, protest, and express their opinions publicly is central to the democratic process and to a free society;

Whereas the principles of the freedom of speech and the freedom of expression are under attack by people with the desire and means to suppress opinions that those people regard as offensive or contrary to prevailing dogmas;

Whereas efforts to stifle debate and silence dissenters are compounded by cancel culture, a movement to impose severe social and economic sanctions on those who express unpopular opinions;

Whereas the freedom of speech should not be dictated by the majority, nor should it be restricted to the freedom to discuss uncontroversial topics;

Whereas the freedom of speech includes the freedom to express views that are unpopular, controversial, and even offensive;

Whereas these attacks on the freedom of speech have resulted in a chilling effect on free expression and created fear of social, economic, and deadly retaliation;

Whereas the stifling of free expression and the resulting fear has exacerbated social tensions and divided the people of the United States;

Whereas, in January 2018, a student at Liberty High School in Oregon was suspended for wearing a shirt that supported President Donald Trump;

Whereas, in January 2018, authorities from the People’s Republic of China pressured Marriot International to fire an employee for using the company’s social media account to like a Twitter post from a Tibetan separatist group;

Whereas, in July 2018, the People’s Republic of China pressured airline companies from the United States to alter their websites to recognize the country’s claim to the island of Taiwan;

Whereas, in October 2019, Blizzard Entertainment temporarily banned Ng Wai Chung from their esports tournament for wearing a mask supporting protests in Hong Kong;

Whereas, in October 2019, Blizzard Entertainment temporarily banned an American University esports team from their competition for displaying a sign critical of the company and supporting protests in Hong Kong;

Whereas, in October 2019, authorities in the People’s Republic of China pressured Daryl Morey, the general manager of the Houston Rockets basketball team, to apologize for expressing support on Twitter for protests in Hong Kong;

Whereas, in September 2020, the University of Southern California placed Professor Greg Patton on leave after explaining a word in the Mandarin language that is pronounced similarly to an offensive word in English during his lecture;

Whereas, in February 2021, Lucasfilm fired actress Gina Carano after she authored a social media post calling on people not to hate their neighbors for their political views: Now, therefore, be it

Resolved, That the Senate recognizes that freedom of expression and freedom of speech are sacred ideals of the United States and should protect the freedom to peacefully express thoughts and opinions without fear.

North Mississippi residents will get a chance to dry out

The Hottest New Black Friday Deals May Not Be So Hot or New, Says Wallethub

News Mississippi is Your Election Central, Results As They Happen Tonight