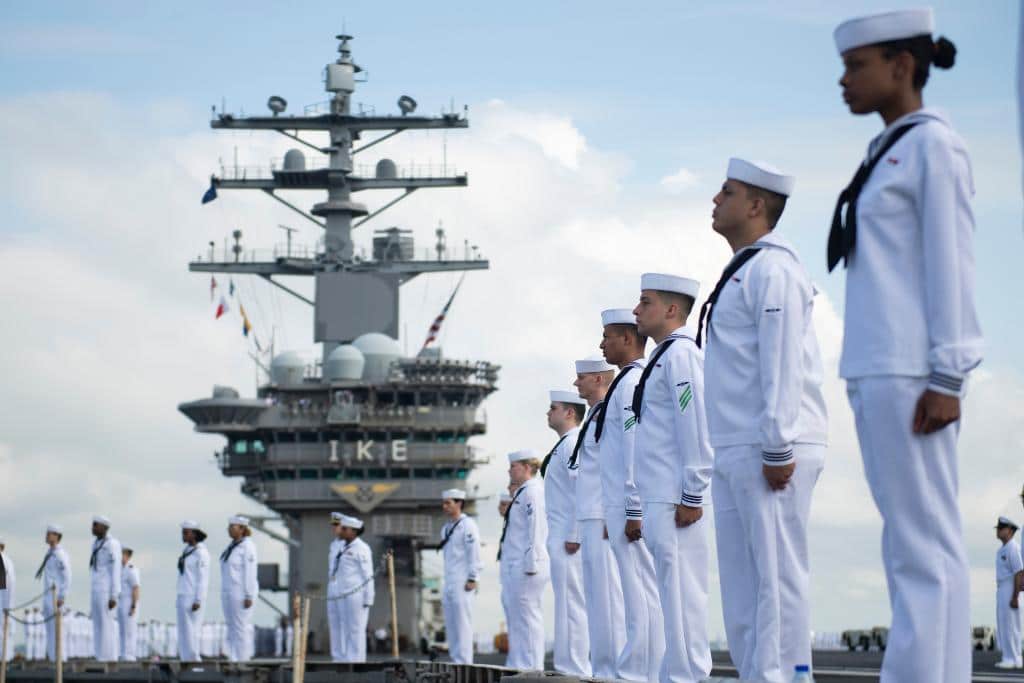 Image courtesy of the U.S> Department of Defense

Hyde-Smith, who serves on the Senate Appropriations Committee, joined colleagues at a news conference Thursday to highlight inadequacy of the 1.6 percent increase in defense spending recommended in the $6 trillion Biden budget.

“The Biden defense budget certainly sends the message to our adversaries to believe our warfighters no longer have the upper hand,” Hyde-Smith said.  “I am particularly troubled by the President’s proposed cuts to Navy and Coast Guard shipbuilding.”

As presented to Congress, the meager defense budget amounts to a spending cut when taking into account inflation.  Conversely, the $6 trillion Biden budget seeks a 16 percent increase in non-defense spending.

If enacted, the budget would adversely affect shipbuilding, readiness, and procurement activities in Mississippi.  Early this month, Hyde-Smith and the entire Mississippi congressional delegation sent President Biden a letter opposing his U.S. Navy budget, which would reduce the number of ships in the fleet and cut a destroyer from the Navy’s FY2022 procurement plan.

“We all know the cost of freedom,” Hyde-Smith said.  “The President and the Democrats should commit to go beyond ‘adequate,’ which infuriates me when I hear that word,’ to give our warfighters and aircraft, ships, equipment, the training they deserve.  We need to be bold.  We need to be standing strong for the military.”

Over the past two months, Hyde-Smith has participated in appropriations hearings to review the FY2022 budget request—a process that will continue into the summer.  With the late May release of the budget, Hyde-Smith immediately panned the proposal because “it prioritizes a liberal agenda at the expense of defense and homeland security.”

State Auditor details spike in unemployment fraud due to pandemic