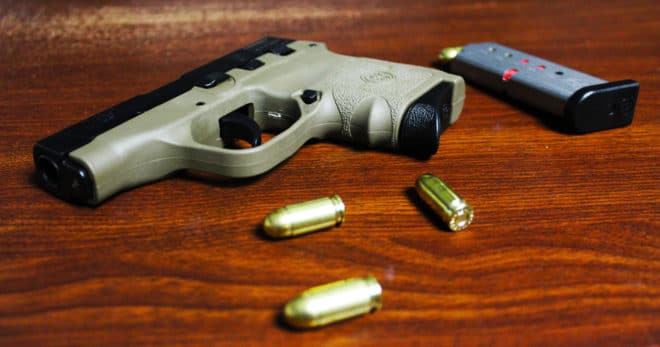 The GRIP Act would clarify existing law that prohibits the use of any federal funding by states or local entities to store or list sensitive, personal information related to the legal ownership or possession of firearms.  The legislation is in response to states that in recent years enacted statutes requiring gun owners to register their handguns.

“The GRIP Act would protect the rights and personal information of law-abiding citizens who own or purchase firearms legally.  It would require adherence to the law that specifically says federal monies cannot be used to track or hassle gun owners,” Hyde-Smith stated.

“Another year, another swipe at the American people’s second amendment right.  This week, Speaker Pelosi plans on ramming through Congress two overreaching gun control bills.  Egregiously, these bills would create a firearm registry database that could be made available to the public creating the likelihood for discrimination against gun owners.  In contrast, this week I was proud to work with Senator Hyde-Smith to introduce the Gun-owner Registration Information Protection (GRIP) Act.  Supported by the National Rifle Association, the GRIP Act prohibits the use of federal funding of firearm registry databases that list gunowners who lawfully own or possess firearms,” said Gosar.

Current law prevents the federal government from storing information acquired during the firearms background process.  The GRIP Act would ensure the federal government does not support, either intentionally or otherwise, state or local efforts to collect and store personally identifiable information related to legal firearm purchases and ownership.

The measure does not include any limitations related to state recordkeeping for permitting, law enforcement-issued firearms, or lost or stolen firearms.

The National Rifle Association (NRA) has endorsed the bill.

“On behalf of our more than 5 million members, the National Rifle Association thanks Senator Hyde-Smith and Congressman Gosar for introducing this important piece of legislation to prevent the use of federal funds to create a national gun owner registry.  Biden-Pelosi-Schumer and their gun control cohorts have longed for the disarming of America, and a national gun registry is a dangerous step towards reaching that goal,” said Jason Ouimet, executive director, NRA Institute for Legislative Action.