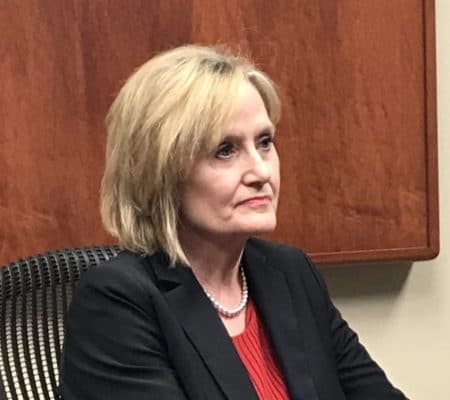 “Second-party groups and organizations that accept federal funding should not be allowed to turn around to support abortion providers,” said Hyde-Smith. “They should abide by the federal ban on using taxpayer dollars to take the lives of unborn children.  This bill is intended to ensure they follow the letter of the law.”

Abortion providers directly receive millions of dollars of federal funds each year.  In 2015, the Planned Parenthood Federation of America received over $93 million in direct taxpayer funding.  President Donald Trump proposed the Protect Life Rule last year which cut taxpayer funding under the Title X program for any facility that performs abortions or refers clients to them.

“Sixty percent of Americans oppose their tax dollars being used to fund abortions,” Senator Blackburn said.  “We should honor their wishes by ending the use of public funds.  The pro-life community should not be forced to directly or indirectly fund this abhorrent practice.”

“American taxpayers don’t want their hard-earned money being used to support the abortion industry,” said Senator Daines.  “Instead this funding should be redirected to community health centers that provide more comprehensive health care for women.”

The bill prohibits federal funds from being provided to any entity, either directly or indirectly, unless the entity certifies that it will not perform an abortion or provide funding to any entity that funds an abortion.  Exceptions are made for abortions where the pregnancy is the result of rape or incest or to save the life of the mother.  Hospitals are exempted unless they provide funds to non-hospital entities that perform abortions.