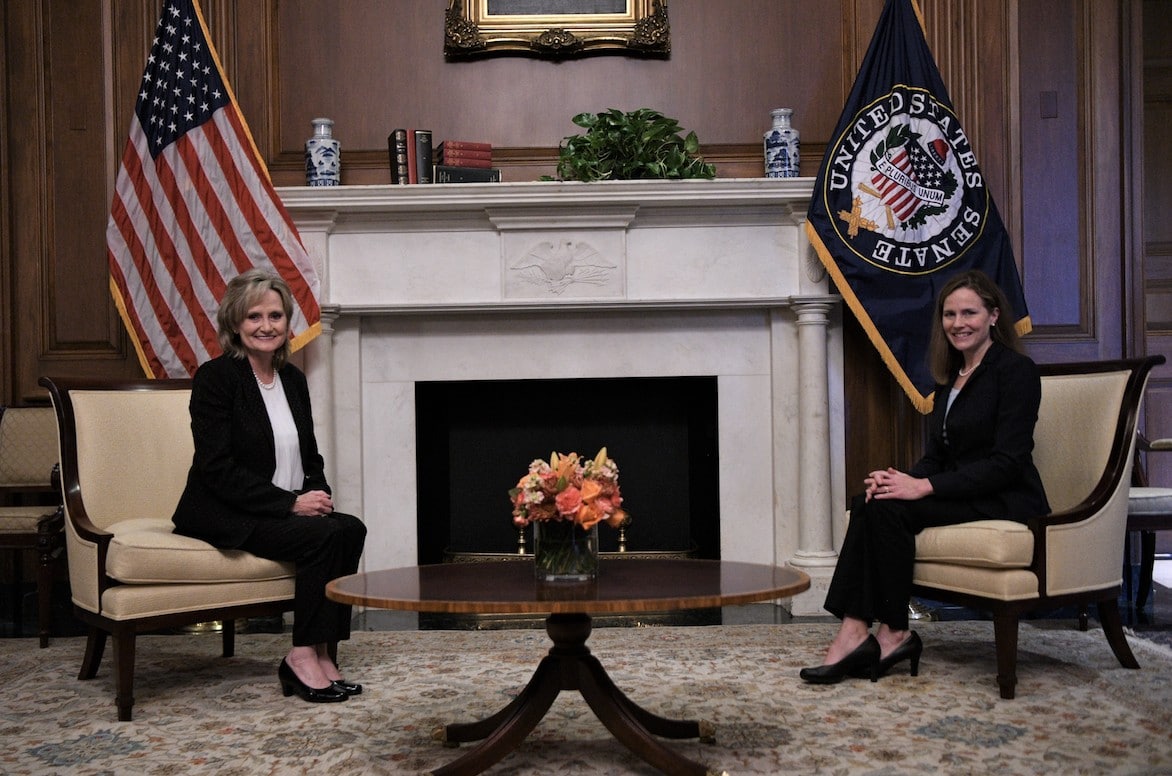 Following the meeting, the Senator reiterated her intention to support Barrett’s confirmation to the nation’s highest court.

“It was an honor to meet with Judge Amy Coney Barrett personally and to touch base on her background and judicial philosophy.  Judge Barrett has a brilliant legal mind.  She is a true Constitutionalist and I certainly trust her judgement and ability to interpret the law fairly and apply it accordingly. This amazing wife and mother has a servant’s heart.  I am confident the Senate will confirm Judge Barrett after a review of her qualifications and background.  She will bring a unique and important perspective to the court and will be an amazing addition to the court.  I certainly pray for her and her family during this process,” she said.

Hyde-Smith also joined Barrett and several other Republican women Wednesday to discuss the importance of women’s role in public service.

Senator Roger Wicker will also meet with Barrett, whom he he has publicly expressed support for, ahead of the beginning of her confirmation hearings on October 12th.

“Amy Coney Barrett is an outstanding judge and an even better person. A mother to seven children, she was subjected to unfair attacks on her religious faith and judicial philosophy during her previous confirmation process. Her grace under pressure and long-standing commitment to the rule of law indicate that she has the right temperament to serve on the Supreme Court and go through a highly-charged confirmation process. I commend President Trump on another exceptional pick for the high court, and I hope to meet with Judge Barrett soon,” Wicker said following her nomination.

Barrett, a New Orleans native, graduated from Rhodes College in Memphis, Tenn. before earning her law degree from Notre Dame. She clerked for Judge Laurence Silberman of the U.S. Court of Appeals for the District of Columbia Circuit and for the late Supreme Court Associate Justice Antonin Scalia.

In 2002, she began teaching courses on federal courts, constitutional law, and statutory interpretation at Notre Dame. President Trump previously nominated Barrett to the Seventh Circuit in May 2017.