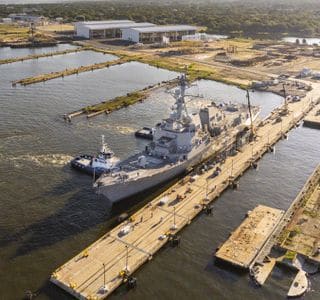 Huntington Ingalls Industries has announced that its Ingalls Shipbuilding division, which is in Pascagoula, has received a $145 million contract from the U.S. Navy.

“This advancement procurement contract will help protect the health of our supplier base and strengthen our efforts to efficiently modernize the nation’s amphibious fleet as we continue to build amphibious ships for the Navy,” Ingalls Shipbuilding President Brian Cuccias said.

It is the third contract modification Ingalls has received from the Navy, bringing the total advance funding for LHA 9 to $350 million.

Ingalls is the only builder of large-deck amphibious ships for the Navy.

Rep. Jason White with an update from the capitol