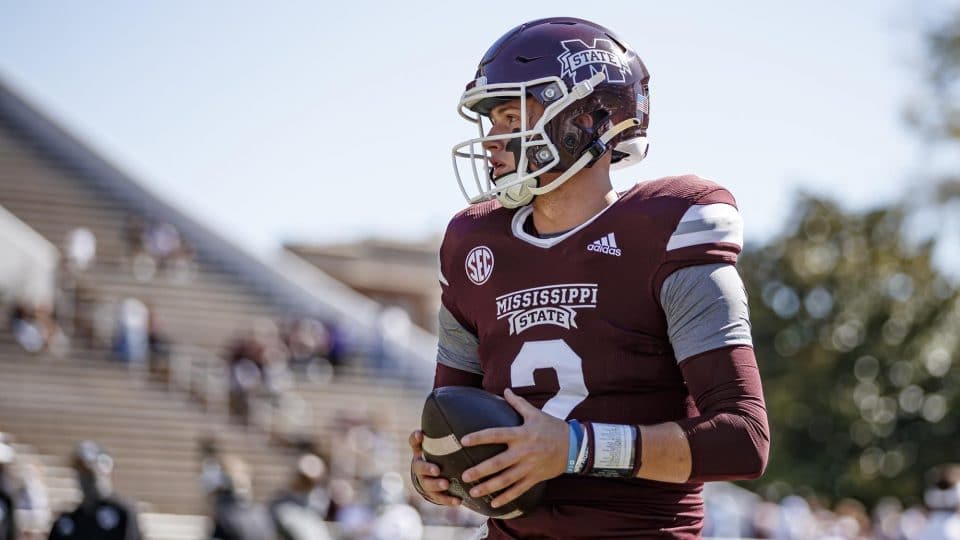 Even after a record-breaking sophomore season, Mississippi State quarterback Will Rogers isn’t getting as much media attention as one would expect.

Instead, a lot of the regional and even national college football experts would rather talk about Bryce Young (Alabama), Spencer Rattler (South Carolina), Hendon Hooker (Tennessee), Anthony Richardson (Florida), or Will Levis (Kentucky) when it comes to SEC quarterbacks going into the 2022 season.

But why? Rogers threw for a program record 4,739 yards in 2021. That’s good enough for third-most all time in a single season by an SEC quarterback, behind only Joe Burrow and Young. On top of that, he accounted for 36 total touchdowns compared to nine interceptions while establishing a new SEC single-game record for completion percentage along the way.

According to Cole Cubelic of the SEC Network, the answer to that question lies in the fact that Rogers plays in a Mike Leach Air Raid offense.

During the radio interview, Cubelic also added that he believes the all-too-common hypothesis between the Air Raid and the guy running it – especially when it’s Will Rogers – being nothing but a system quarterback is poorly mistaken.

“I don’t think that Will Rogers is just some system quarterback,” Cubelic continued. “He’s a guy that when you watch him push the ball down the field, the accuracy he maintains while doing so, and how he can level the football at times, I think he’s one of the better quarterbacks in the league.”

When asked who he believes to be the SEC’s best quarterback not named Bryce Young, Cubelic said he would have to go with Rogers.

“Right now, I would have to go with Will Rogers,” Cubelic said. “That’s just how highly I think of him.”

The full interview with Cubelic can be watched below. Mississippi State kicks off the 2022 season on September 3 versus Memphis.