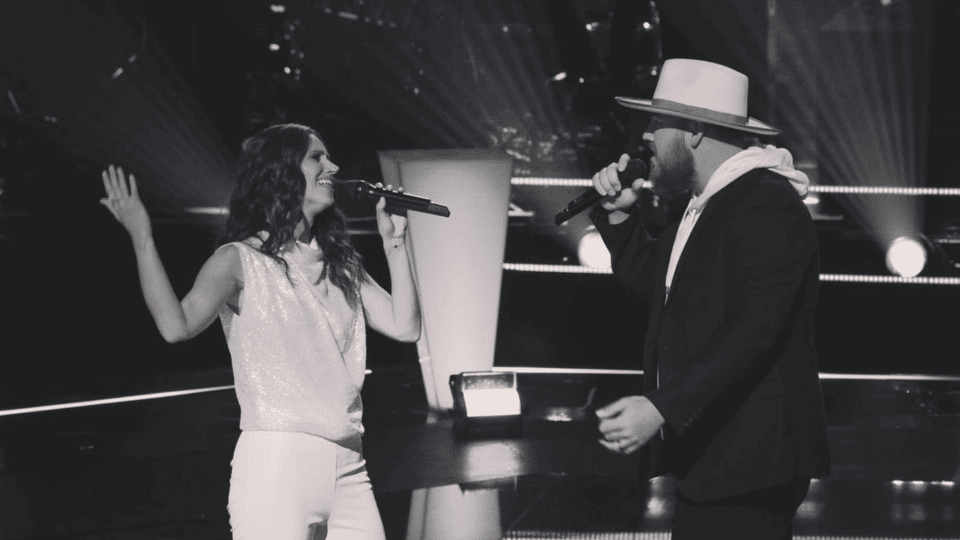 Cleveland native Peyton Aldridge has progressed through the Battle Rounds of The Voice after winning against Kara McKee, moving into the next round of the competition.

The next phase is set to include the Knockout Rounds, where each singer will be required to perform a song of their choice individually. Each individual will be paired to compete against another singer from their own team, with the loser being eliminated by their coach after both performances.

Aldridge explained that he’s learned more about how to be a better musician and singer from his coach, John Legend, than he knew was possible.

“I’ve never done no vocal warmups, I’d never even heard of stuff like that,” Aldridge said during an interview on Good Things with Rebecca Turner. “There’s so much more that you can do for yourself to get better at singing and strengthening your voice.”

Legend was the first to turn his chair during Aldridge’s first performance of the season, with his audition ending with the two sharing a duet to Legend’s own song “All of Me.” Since then, Aldridge and Legend have kept in close contact throughout the entire competition, with Aldridge even stating that they talk on a daily basis

“I could reach out to John Legend right now and he would respond right now,” Aldridge said. “I didn’t know that I would be able to talk to John on a daily basis, but it’s been incredible.”

The next episode of The Voice airs Monday at 7:00 p.m. CT on NBC. The full interview with Aldridge can be watched below.