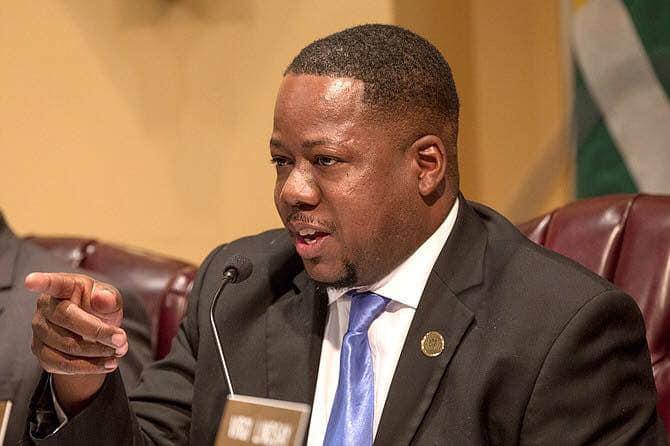 The Jackson City Council has decided to wait once again on deciding whether enact an ordinance that would hold parents accountable if their child commits a crime with a handgun.

In response to the gradual uptick in crimes committed by juveniles across the capital city, Councilman Aaron Banks proposed the city implement an ordinance he created in June 2019 that would hold the parents criminally responsible.

Originally, Banks’ ordinance would require a parent or guardian to serve 24 hours in the county jail and pay a $500 fine for the child’s first offense, with the amount of jail time and fine increasing with each offense.

Now, the ordinance would charge parents, guardians, or custodians who, “have knowingly caused, encouraged or aided a minor who is less than 18 years of age to possess or carry any handgun, firearm or illegal weapon,” with a misdemeanor. Those who are charged for violating the ordinance could face up to six months in jail or a fine of $1,000.

The revised ordinance was brought up for discussion during Tuesday’s city council meeting at the request of Councilmen Banks and Kenneth Stokes but was later removed after Councilman Vernon Hartley voiced his hesitancy to vote on the topic.

“I’m not quite ready to move ahead on this item yet, but if the body wants to move ahead, I understand,” Hartley stated.

The topic expected to be discussed at the next Jackson City Council meeting, which is set to take place in early July.

Doty working to develop plan for internet expansion across Mississippi