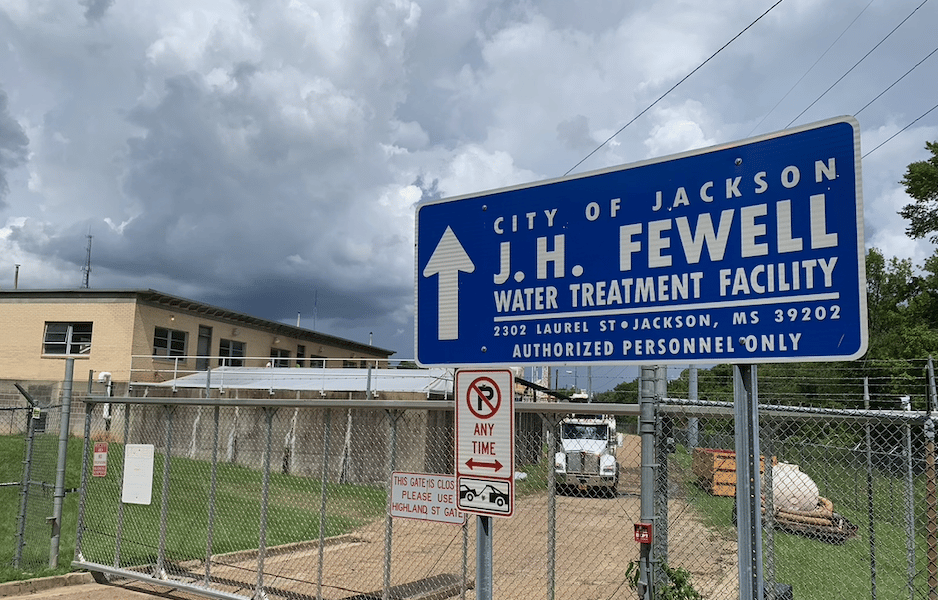 The United States filed a proposal that would appoint an interim third-party manager to stabilize the Jackson drinking water system if approved by the court.

At this time, the city of Jackson and the Mississippi State Department of Health (MSDH) have signed the order and agreed to its terms.

According to court filings, the proposal – which is called a “proposed stipulated order” – is meant to serve as an interim measure while negotiations between the United States, the city, and MSDH to bring the water system into compliance with the Safe Drinking Water Act (SDWA) transpire.

The proposal would grant the interim third-party manager to do the following:

The Justice Department, on behalf of the Environmental Protection Agency (EPA), has also filed a complaint against the city alleging that the city has failed to provide drinking water that is reliably compliant with the SDWA.

“Over the past year, I’ve had the privilege to spend time with people on the ground in Jackson – many who’ve struggled with access to safe and reliable water for years,” said EPA Administrator Michael S. Regan. “I pledged that EPA would do everything in its power to ensure the people of Jackson have clean and dependable water, now and into the future. While there is much more work ahead, the Justice Department’s action marks a critical moment on the path to securing clean, safe water for Jackson residents.”

Governor Tate Reeves has since issued the following statement regarding the proposal:

It is excellent news for anyone who cares about the people of Jackson that the Mayor will no longer be overseeing the city’s water system. It is now out of the city’s control, and will be overseen by a federal court.

It has been a chaotic series of months, while the state has assumed their responsibility. The people on the ground who rushed to help were floored by the negligence. They did heroic work to fix so many broken things and support the frontline city workers who had been abandoned. We committed millions of dollars from taxpayers across Mississippi to solve this crisis of incompetence.

In less than 72 hours after the emergency was declared, water pressure was returned to the city. Days later, the boil water alert was lifted. We distributed millions of dollars in water via the National Guard to ensure people could flush their toilets and drink safe water.

You may remember that the Mayor injected further chaos into the story by undermining the EPA’s request for the state to find a maintenance contract for the city. He insisted that he must direct the payments.

Since that stunt and our subsequent decision to set an end date for our running of their system, the federal government accelerated their efforts to put someone competent in charge. Their order was filed and made public today. The system should be out of city politician hands very soon.

The state of emergency came to an end last week, but I have authorized MEMA to commit another $240,000 from the state’s Disaster Mitigation Fund for maintenance as a bridge between today and the new leadership. That should help close out this chapter without further chaos.

More work to do, but it is very promising that this problem is now going to be solved outside of the city’s backrooms. I’m very proud of what everyone has done to come together and fix a longstanding issue and ensure that chaos and corruption cannot keep the people of Jackson from accessing clean water.

“After months of collaboration with the U.S. Department of Justice, the Mississippi Department of Health and the U.S. Environmental Protection Agency, the City of Jackson is pleased that we have finally reached an agreement that represents a critical next step in our efforts to provide immediate and long-term solutions for Jackson’s water issues. I appreciate that the City Council and Honorable Judge Henry T. Wingate signed off on the Interim Stipulated Order in one accord with my administration. This agreement allows us to move forward in the most beneficial direction for the City of Jackson to secure a more sustainable, affordable and equitable system.

Ted Henifin has been appointed as the water system’s Third Party Administrator, and we have enjoyed building a working relationship with him since the start of the emergency. Mr. Henifin has been instrumental in lending his expertise to our recovery thus far. This agreement allows us to work collaboratively with someone we trust to make smart choices for the city’s drinking water system and ensure that we can provide safe, clean and sustainable drinking water for all.

The public release of the previously confidential agreement will now allow us to move forward with more robust community engagement around the mid- to long-term recovery plan and begin making the necessary changes to address challenges such as increasing the number of water plant operators, conducting consistent and immediate repair and maintenance at our water plants, and hopefully issuing fewer boil water notices. The agreement is another step in a long process and is a collective effort that ensures Jacksonians will not be forgotten, and that our ultimate goal of creating a sustainable water system, will be realized.

I want to thank our state and federal partners, especially EPA Administrator Michael Regan, for their ongoing advocacy and support as we work toward long-term recovery and sustainability. We hope that this collaborative effort to repair, replace and modernize Jackson’s water infrastructure will become a national model for other U.S. cities facing similar issues.”