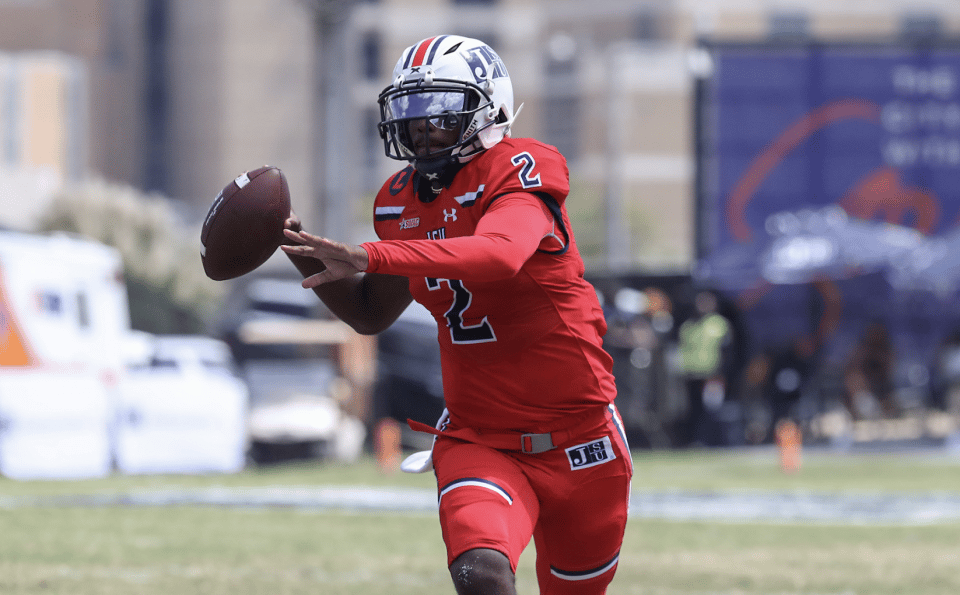 Through three games, Shedeur Sanders has thrown for 956 yards with 10 touchdowns and zero interceptions (Photo courtesy of JSU Athletics)

Jackson State football remains undefeated on the season after defeating Grambling 66-24 in the W.C. Gorden Classic on Saturday.

The Tigers went into halftime with a mere 21-17 lead, a score that head coach Deion Sanders was noticeably upset with. Whatever he told his players in the locker room worked as Jackson State outscored Grambling 45-7 in the second half.

“He came in there yelling first,” Tigers quarterback Shedeur Sanders reflected. “I was that mad (after the halftime speech).”

Shedeur played a vital role in the victory, which was Jackson State’s first win at home against Grambling since 1999. The sophomore gunslinger had a career-best six total touchdowns on 21 of 31 passing with 357 yards.

Dallas Daniels led the way among the wideouts, catching five passes for 85 yards and three touchdowns. Willie Gaines added 89 yards and one touchdown on two catches, while Kevin Coleman, Jr. hauled in three receptions for 54 yards.

On the ground, Sy’Veon Wilkerson rushed 23 times for 141 yards and two touchdowns in his first start since transferring from Delaware State.

The defense shined yet again as the Tigers held Grambling to just 10 first downs and 244 total yards. Aubrey Miller, Jr. had nine tackles, including one for a loss.

Next up for Jackson State will be a home matchup against Mississippi Valley State.