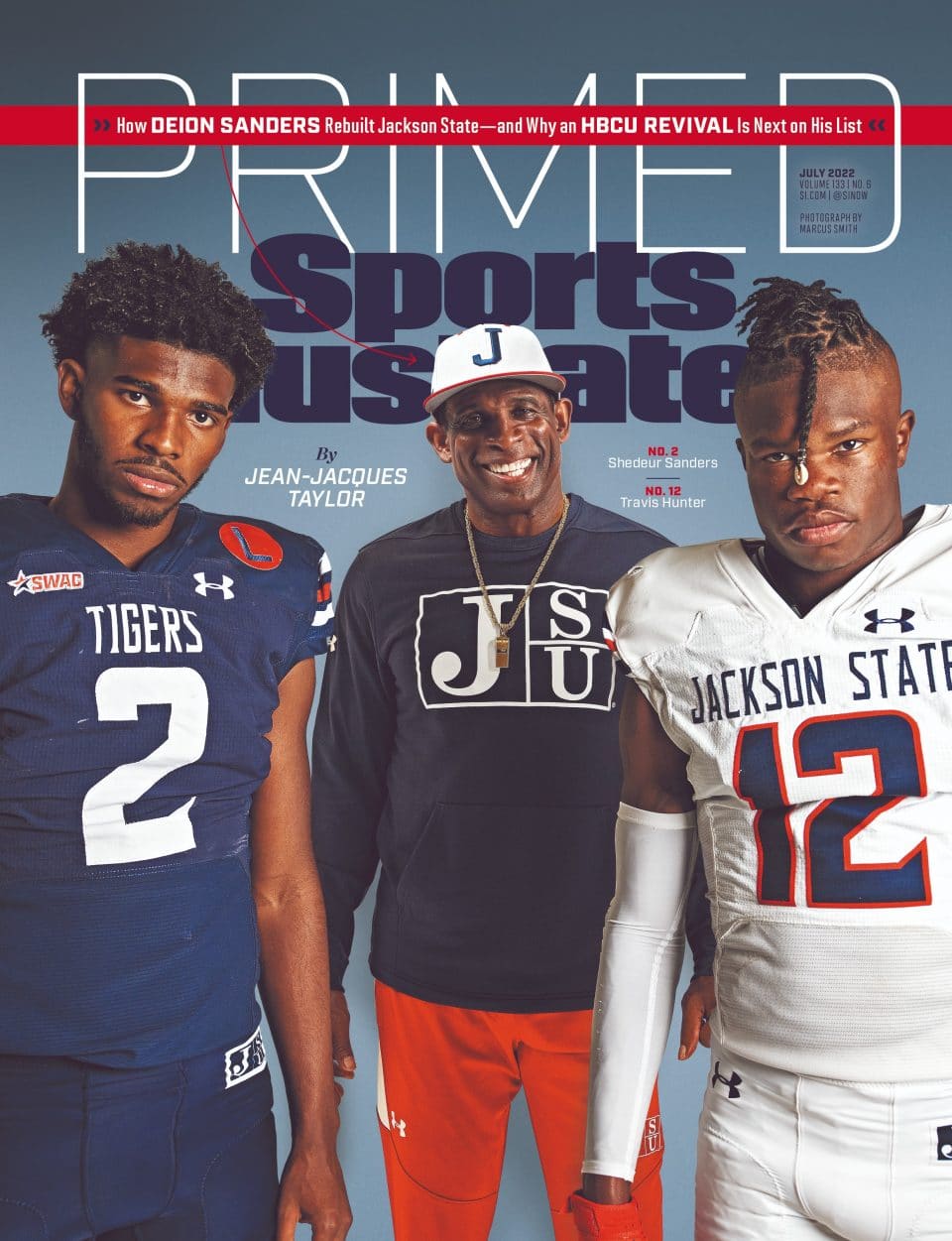 Some familiar faces will be on the cover of Sports Illustrated’s July edition.

Announced on Thursday, Jackson State’s Deion Sanders, Shedeur Sanders, and Travis Hunter are the first HBCU athletes to grace the cover of sport’s biggest magazine since Alcorn State quarterback Steve McNair did it in 1994.

In the video below, Coach Prime has Shedeur and Hunter sit down at his desk and starts showing them the five different SI covers he’s been on over the course of his career. He then surprises the two players, saying “You guys in college got a dern cover, something I never did.”

SI’s July cover story, written by Jean-Jacques Taylor, discusses the impact Sanders – with the help of a lot of players like Shedeur and Hunter – has made on not only Jackson State but the HBCU landscape as a whole.