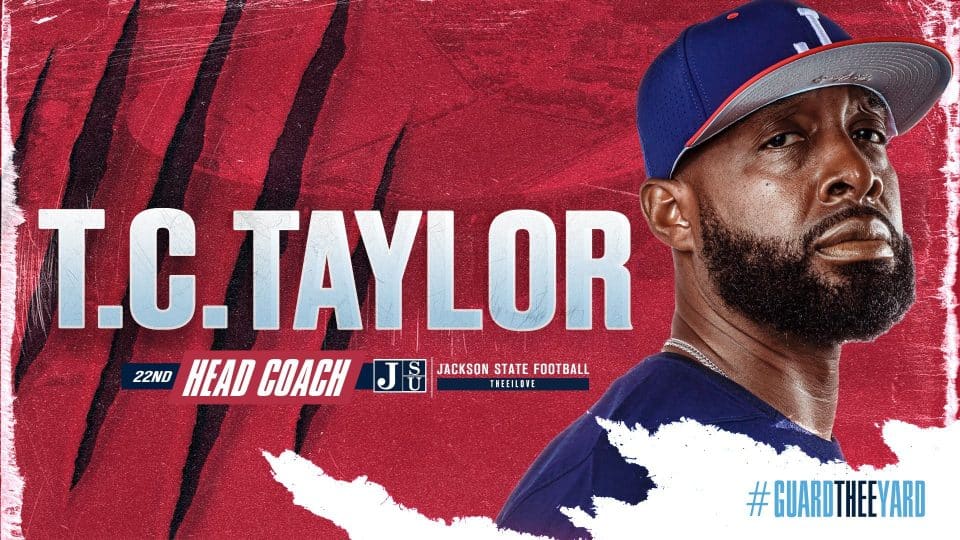 Jackson State has named T.C. Taylor as its next head football coach.

Taylor, a Jackson State alum, has been well-known in Mississippi’s capital city for quite some time. During his college days, Taylor played both quarterback and wide receiver for the Tigers.

He later went to work as a coach at Coahoma Community College, Texas Southern University, and North Carolina Central prior to returning to his alma mater as a wide receivers coach in 2019.

From 2020-2022, Taylor worked under former JSU head coach Deion Sanders. After Coach Prime accepted the Colorado job, he publicly endorsed Taylor to be the Tigers’ next head coach.

“I am excited to announce T.C. Taylor as our next head coach,” Vice President and Director of Athletics Ashley Robinson said. “T.C.’s passion and love for Jackson State University is unquestioned. His fervent desire and hunger to lead his alma mater as head coach is unparalleled. His standard of excellence as a player as a JSU Tiger and his career trajectory as an assistant coach has prepared him for this opportunity.”

Taylor will officially take over the program after the conclusion of this Saturday’s Cricket Celebration Bowl and will be formally introduced as the team’s head coach in January.