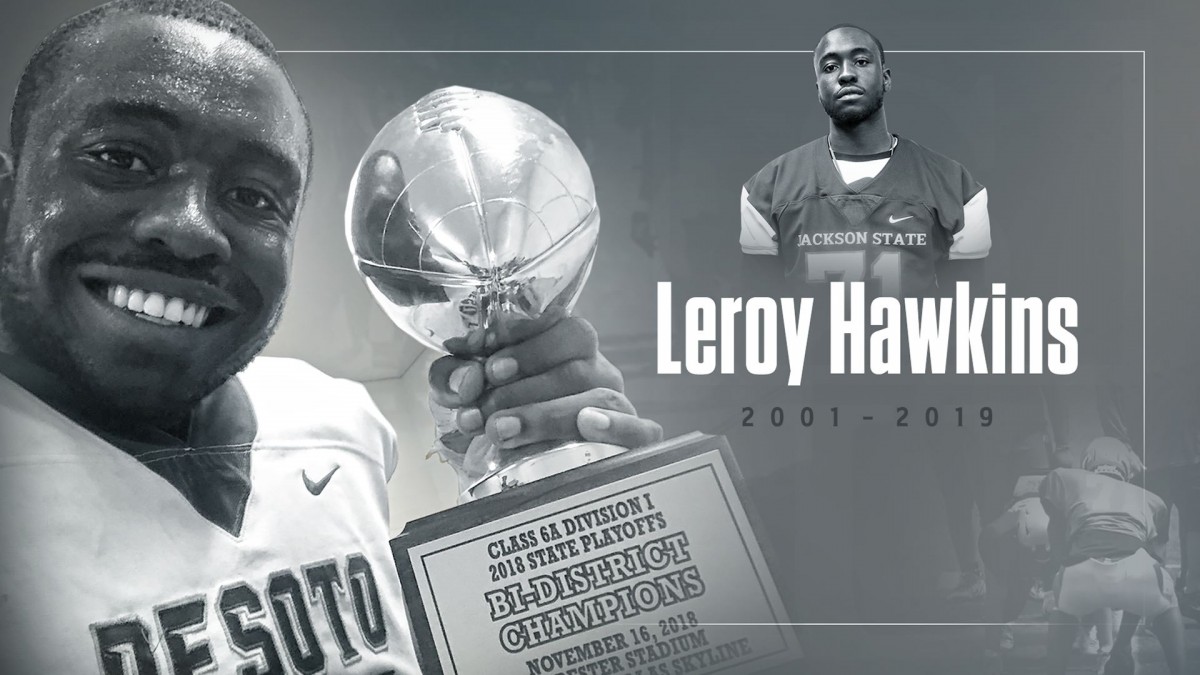 An incoming member of Jackson State football’s 2019 recruiting class was shot and killed in Dallas, Texas on Monday night.

According to local news outlets, Leroy Hawkins III was shot while he was inside of a car in downtown Dallas. Officials have charged 18-year-old Kenaijae Anderson with murder after he reportedly admitted to the shooting.

“We are deeply saddened by the tragic loss of Leroy Hawkins,” JSU Vice President and Director of Athletics Ashley Robinson said. “Leroy was a tremendous son, athlete, student and friend, and he will be sorely missed. We offer our deepest condolences to his family and friends.”

An exact motive for the shooting is unknown at this time, but police believe that there was a brief altercation between the two before Anderson pulled out a gun and began firing.

Hawkins was taken to a local hospital, but he would pass away shortly after. Hawkins was the passenger in the vehicle, and the driver was able to run away.

Hawkins’ death comes just two weeks after he graduated from DeSoto High School in Texas, where he was a standout offensive lineman.

“Leroy Hawkins was a very special young man. We will keep Leroy and his family and friends in our thoughts and prayers through this difficult time,” JSU head coach John Hendrick said,

Hawkins was the 34th ranked OL recruit in Texas, and he helped lead the Eagles to a 9-3 overall record and an appearance the second round of the 6A Division I playoffs last season.