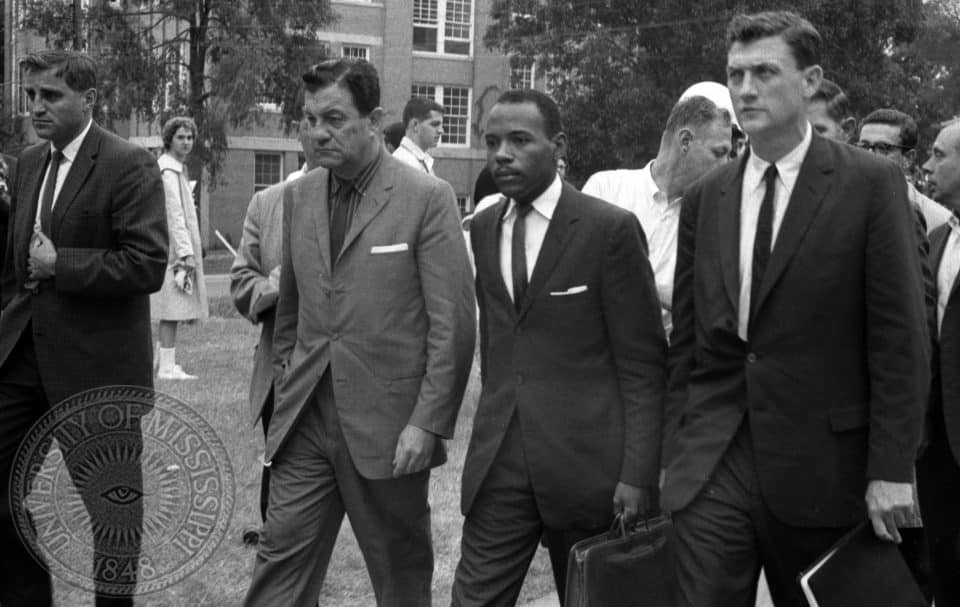 On the 60th anniversary of the integration of the University of Mississippi, a new scholarship fund has been created in honor of civil rights hero James Meredith.

The James H. Meredith Legacy Scholarship Fund was established by alumnus and Pennsylvania physician Dr. J. Steven Blake to “contribute to Mr. Meredith’s legacy and memorialize his presence at the university.”

“I am a believer in giving back,” Blake said. “Because I have so much respect for the challenges [James Meredith] endured so that other African Americans could attend the University of Mississippi, I was inspired to begin this scholarship fund.”

Meredith officially desegregated the student body at Ole Miss when he enrolled on October 1, 1962. His decision to enroll at the university ultimately opened the doors for thousands of other students.

“I am thrilled to hear that this scholarship is being introduced,” Jasmine Meredith, who earned a master’s degree from Ole Miss earlier this year, said. “60 years later, my grandfather is still making an impact at the university and on students and their opportunity to earn their education.”

Recipients of the Meredith Scholarship will be incoming freshmen from chosen Mississippi counties to honor Meredith and assist students in economically distressed parts of the state. Candidates must have a minimum 3.0 GPA as well as a financial need.

On October 1, 1962, the enrollment of Meredith officially desegregated the student body at Ole Miss, opening the door for thousands of other students. Anyone who would like to contribute to the James H. Meredith Legacy Scholarship Fund can do so by clicking here.