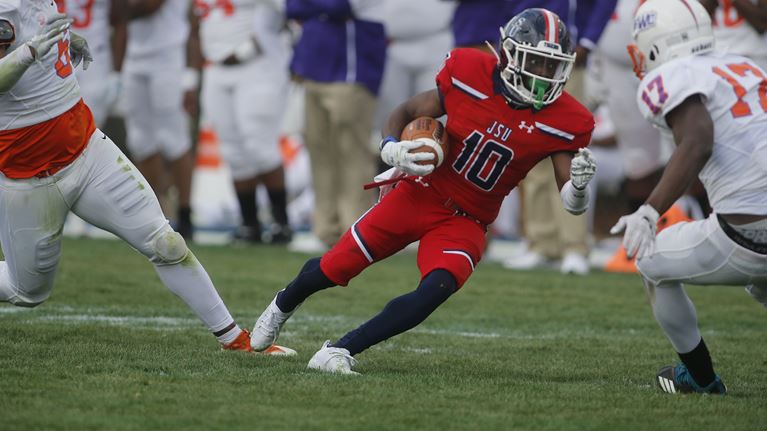 Deion Sanders’ debut at Jackson State did not disappoint as the Tigers defeated Edward Waters College, 53-0.

“We had a blast out there,” Hampton, who had a team-leading seven tackles, said. “It was fun to get the win with this group of guys and this team.”

The defense allowed a mere 125 yards of total offense while recording four sacks and seven tackles for a loss. Surprisingly enough, the Tigers weren’t able to force a turnover, however, none seemed to be needed.

On the offensive side of the ball, Jackson State totaled 459 yards with Jones throwing for 187 yards, three touchdowns, and no interceptions. On the receiving end of those touchdowns were Warren Newman, Daylen Baldwin, and Christian Allen. Kymani Clarke added 92 yards and two touchdowns on the ground.

Although the Tigers easily routed Edward Waters, the storyline of the day (no, it wasn’t Troy Aikman surprising Sanders for his coaching debut) was Sanders showing up to his office after the game to find out that someone had attempted to steal his belongings.

“How do you think it feels?” Sanders asked during his press conference before finding out that his assistant had secured his belongings after spotting the thief. “Coming back after just teary-eyed because the guys presented me with the game ball—one of the best moments I’ve ever had in my professional sports career emotionally. Then, you go into the locker room and your coaches office…and you notice that you don’t even have a phone to call your momma, to call your girl, to call your kids because it’s been stolen.”

Next up for Jackson State is Mississippi Valley State on Saturday at 2 p.m.

Thunder & Lightning: A Tale of Two Days for Mississippi State