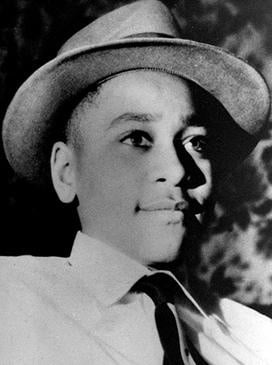 The Department of Justice’s Civil Rights Division and the U.S. Attorney’s Office for the Northern District of Mississippi announced today that they’re closing the investigation into a witness’s alleged recantation of her account of the events leading up to the murder of Emmett Till.

The 14-year old was killed in 1955 in Mississippi in one of the most infamous acts of racial violence in our country’s history.  The case was re-opened in 2017 when Carolyn Bryant Donham admitted she lied when she claimed Till grabbed her, whistled and made sexual advances.

Donham’s then husband Roy Bryant and his half-brother were acquitted of the murder.  Both were dead when Donham recanted her story.

Today, Assistant Attorney General Kristen Clarke, Acting U.S. Attorney Clay Joyner, District Attorney W. Dewayne Richardson and career attorneys and employees from the Civil Rights Division and the FBI met with members of Till’s family, including a family member who had been a witness to the events preceding Till’s abduction and murder. The purpose of the meeting was to explain the reasons for closing the investigation and to give the family an opportunity to ask questions about the department’s investigation and conclusions.

The department conducted the investigation as part of its Cold Case Initiative and pursuant to the passage of the Emmett Till Unsolved Civil Rights Crime Act (Till Act). The Cold Case Initiative is a comprehensive effort to identify and investigate racially motivated murders committed decades ago. As in all federal cases, the department may only bring a case with laws that were enacted at the time of the crime and are still within the statute of limitations. However, under the Till Act, the federal government is authorized to assist state and local jurisdictions with investigating and, where possible, prosecuting such crimes.

Because there were no federal hate crime statutes at the time of Till’s death, the case was not then opened for federal investigation. In 2004, the department opened an investigation into Till’s murder as part of its Cold Case Initiative, but determined after a thorough review that it lacked jurisdiction to bring federal charges.

In the summer of 1955, the 14-year-old Till traveled from Chicago to Money, Mississippi, to visit relatives. He stayed with family members in their home just east of Money. On Aug. 24, 1955, Till and approximately six other youths drove to a store in Money. A witness indicated that, contrary to long-standing belief about the events in and near the store, no one challenged Till to speak to or flirt with a white woman who was at the store. Nor did Till show a photo of a white girl to the men standing outside the store. Rather, Till bought some items in the store and left with one of his companions without incident. According to this witness, the woman then left the store, unhurried and undisturbed, at which time Till whistled at her. Till’s companions, aware of the dangers posed to Black men perceived to have violated the unwritten, racist code prevalent in the Jim Crow South, hurried to get Till away from the store.

A few days later, in the early morning hours of Aug. 28, Roy Bryant, his half-brother John William (J.W.) Milam, and at least one other person abducted Till from the home of his relatives. Three days later, a teenager fishing in the Tallahatchie River discovered Till’s brutally beaten body floating in the river. Till’s assailants had weighed him down with a 75-pound cotton gin fan, which they tied to his body with barbed wire.

State officials charged Roy Bryant and J.W. Milam with murder; they were tried the following month and acquitted by an all-white jury. During the trial, the woman at the store testified under oath, but not in front of the jury, that Till had propositioned her and physically touched her hand, arm and waist while they were both inside the store.

Following their acquittals, both Roy Bryant and J.W. Milam confessed to kidnapping and murdering Till in an account published in Look magazine in January 1956.

In early 2017, new information emerged suggesting that the woman may have confessed to a professor, who later wrote a book about Till’s murder, that the account she provided to the state court in 1955 was untrue. Specifically, the professor asserted that, during a 2008 interview with the woman, she handed him a transcript of her sworn 1955 testimony and said, “[t]hat part’s not true.” If credible, the professor’s assertion suggests that the woman lied in state court and confessed to having done so. The alleged recantation raised questions about whether the woman would be willing to acknowledge to federal authorities that her prior versions of events had been untruthful and whether she now would provide new and accurate information relating to the abduction and murder of Till.

The woman however, when asked about the alleged recantation, denied to the FBI that she ever recanted her testimony and provided no information beyond what was uncovered during the previous federal investigation. Although lying to the FBI is a federal offense, there is insufficient evidence to prove beyond a reasonable doubt that she lied to the FBI when she denied having recanted to the professor. There is insufficient evidence to prove that she ever told the professor that any part of her testimony was untrue. Although the professor represented that he had recorded two interviews with her, he provided the FBI with only one recording, which did not contain any recantation.

A federal prosecution of the woman would be complicated by the fact that, according to the professor’s account, when she said “that part’s not true,” she did not expressly reference her state court testimony or refer to any specific part of that testimony. Rather, the professor stated that he understood her to be referring to her allegation that Till physically accosted her in the store from the context of their conversation.

It would thus be impossible for prosecutors to prove beyond a reasonable doubt that the woman intentionally recanted all or part of her state court testimony, and that she then lied to the FBI when she denied having done so. Even if the government could prove that she recanted her prior state court testimony, the federal government could not prosecute her for perjury for her 1955 testimony.

However, in closing this matter without prosecution, the government does not take the position that the state court testimony the woman gave in 1955 was truthful or accurate. There remains considerable doubt as to the credibility of her version of events, which is contradicted by others who were with Till at the time, including the account of a living witness.

The government’s re-investigation found no new evidence suggesting that either the woman or any other living person was involved in Till’s abduction and murder. Even if such evidence could be developed, no federal hate crime laws existed in 1955, and the statute of limitations has run on the only civil rights statutes that were in effect at that time.

As such, even if a living suspect could now be identified, a federal prosecution for Till’s abduction and murder would not be possible.

A copy of the memorandum explaining the reasons for closing the investigation is available at: https://www.justice.gov/crt/case/emmett-till-0

The Department of Justice remains committed to identifying and investigating racially motivated crimes of violence committed decades ago through its Cold Case Initiative, and through the Emmett Till Unsolved Civil Rights Crime Act and its reauthorization. Those who have information related to an unsolved or un-vindicated cold case that occurred on or before Dec. 31, 1979, and have reason to believe are hate crimes or crimes that would violate other civil rights law should contact the Civil Rights Division’s Cold Case Unit.