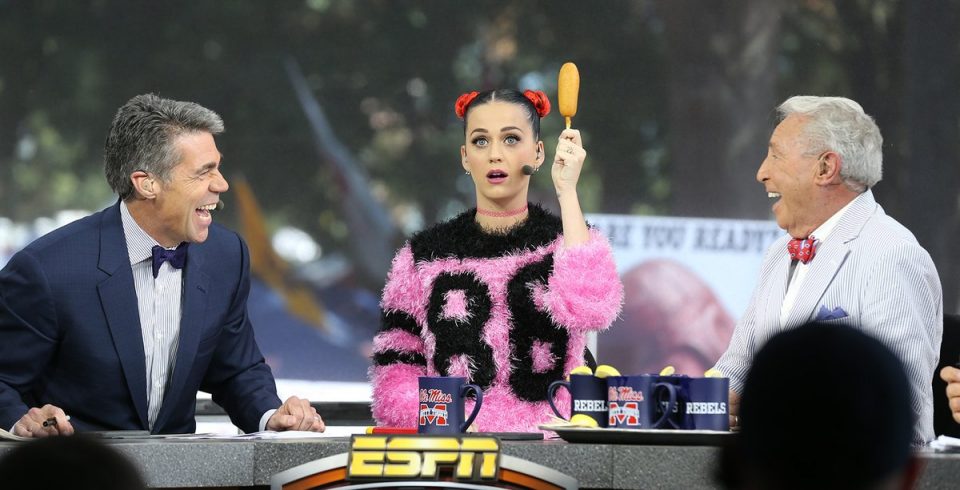 Are you ready? Katy Perry is.

Nearly seven years since the pop star joined the set of College Gameday during their visit to Oxford, Perry is still rocking her red and blue.

In a tweet urging fans to fill Vaught-Hemingway Stadium this Saturday for the Rebels’ home opener against Austin Peay, head coach Lane Kiffin tagged Perry and offered to pay for the corndogs if she returns to Oxford in a callback to her 2014 appearance on ESPN’s set ahead of Ole Miss’ victory over Alabama.

Perry responded with a tweet of her own, sharing with her 108 million followers that she’s hopping on the ‘Lane Train’ while also hyping up Matt Corral’s Heisman campaign.

Kickoff from Oxford Saturday is set for 6:30 p.m.