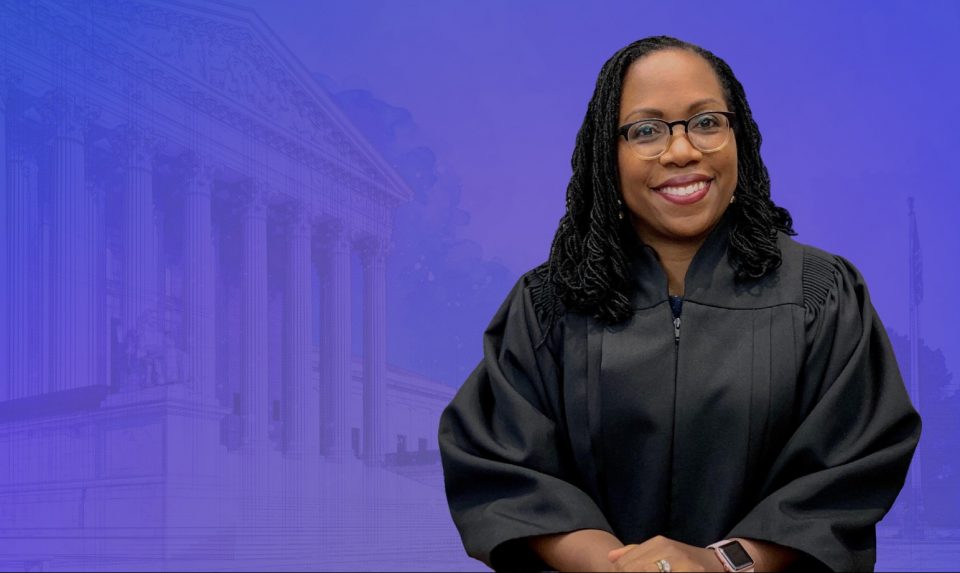 Photo courtesy of The White House

Ketanji Brown Jackson made history on Thursday, becoming the first Black woman sworn in to the U.S. Supreme Court.

Jackson, 51, replaces Justice Stephen Breyer who’s retiring after 28 years of service in the nation’s highest court. Breyer announced at the beginning of the year that he would be resigning at the end of the 2021 term, which concluded on Thursday morning.

Jackson, who previously served on the U.S. Court of Appeals for the District of Columbia Circuit, was confirmed by the Senate in April by a vote of 53-47. Neither of Mississippi’s two U.S. senators — Roger Wicker and Cindy Hyde-Smith — voted in favor of her confirmation.

“I cannot in good conscience support the confirmation of Judge Jackson,” Hyde-Smith said at the time. “I take seriously my responsibility to weigh the merits of each Supreme Court nominee, including their commitment to fairly interpret the law and not substitute their own judgment for that of Congress or the Constitution.  I am not confident that Judge Jackson meets that standard after having reviewed her record and confirmation proceedings.”

Regarding Jackson’s ability to interpret cases fairly, Breyer does not believe that will be an issue.

“I am glad today for Ketanji,” he said in a statement. “Her hard work, integrity, and intelligence have earned her a place in this court. I am flad for my fellow justices. They gain a colleague who is empathetic, thoughtful, and collegial. I am glad for America. Ketanji will interpret the law wisely and fairly, helping the law to work better for the American people, whom it serves.”